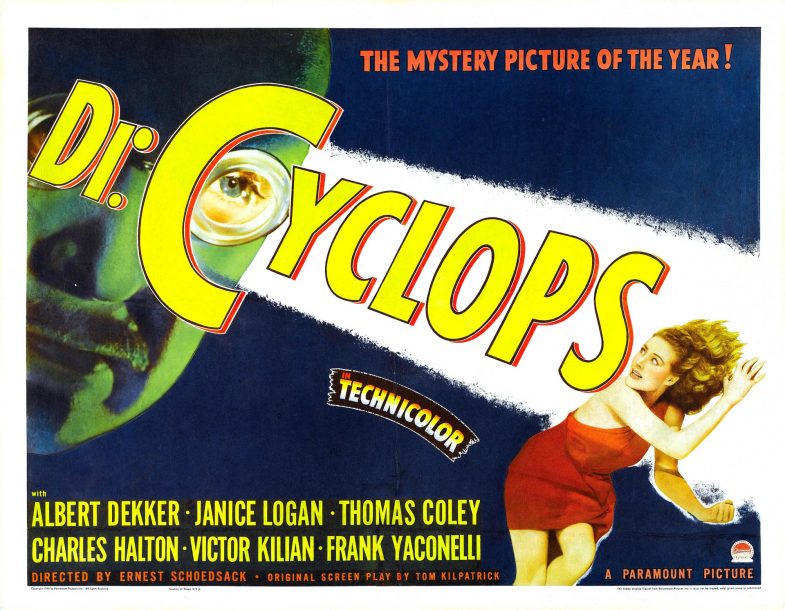 ALBERT DEKKER is the crazed DR. CYCLOPS who wants to protect his radium discovery by miniaturizing scientists who want to take advantage of his pet project. What’s odd is that material that would ordinarily be found in a B-film, with a cast of unknowns aside from Dekker, was turned into a Technicolor A feature by Paramount, with its marvelous special effects (quaint by today’s standards) even nominated for Best Special Effects.

Escape from Dr. Cyclops becomes the theme of the film once he has successfully miniaturized the frightened team of scientists. ALBERT DEKKER is fine in the title role.

And, thankfully, as weird as it sounds on paper, it turns out to be not only original, but an entertaining little film that enables any lover of sci-fi to enjoy its tale of a desperate attempt at escape in the Peruvian jungle as they try to elude the clutches of Dr. Cyclops.

Fun to watch–and fun to marvel at–considering it was done in the early ’40s without the aid of today’s over-used CGI.