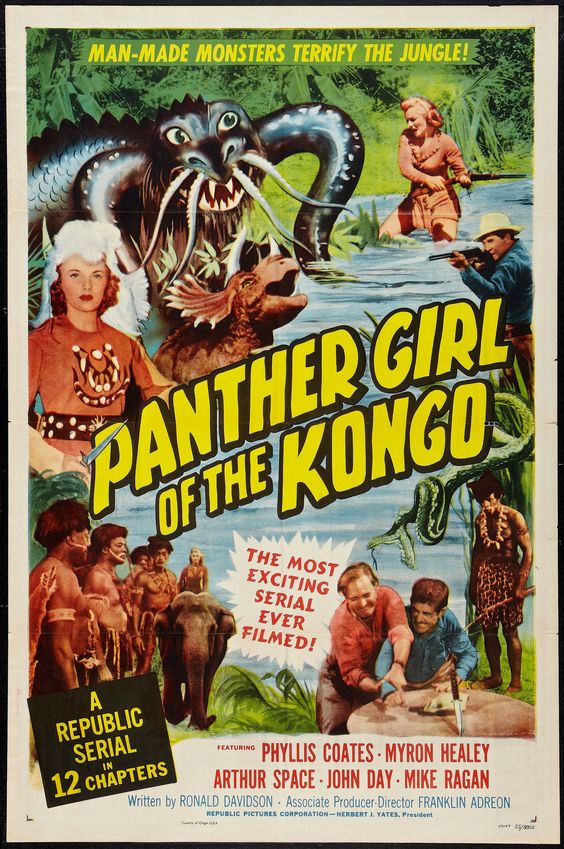 Jean Evans, known in the jungles of Africa as the Panther Girl, is filming wildlife when she encounters what appears to be a giant crawfish in the jungles, which frightens the natives. The monster is the creation of chemist Morgan who has been feeding crawfish growth hormones. The reason for this is that Morgan has discovered a diamond mine, and with his two henchmen Cass and Rand, want to drive out the natives so they can work the mine unknown to everyone. Jean calls in her friend Larry Sanders, a big game hunter, to destroy the claw monster, but they also have to tackle Cass, Rand, and whatever idea Morgan can come up with to stop them. This is not a bad serial considering the era of the serials in 1955, but the serial seems flat and the performances only fair. Only when does the serial splice in footage from Jungle Girl does the serial seem to take on any life. The claw monster idea was probably novel in 1955 since there were plenty of mutated monster flicks at the time.