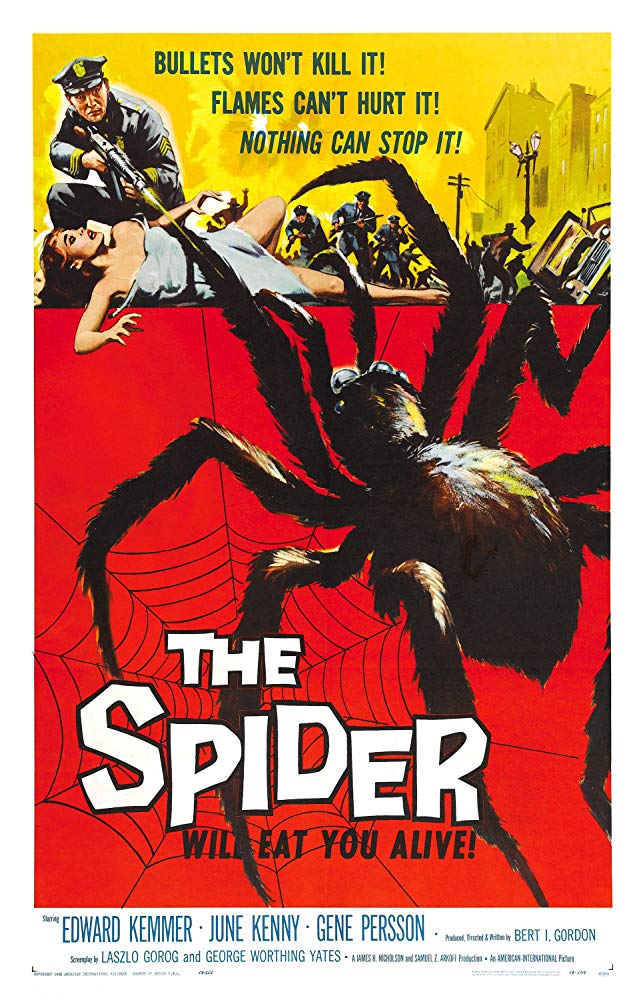 The title may be a little misleading, as it’s not the ‘Earth’ that goes against the spider, but a small town. I’m sure this film is compared to the 1955 film, Tarantula and I know Earth vs the Spider receives a lot less love, but I seem to have an affinity for ‘B’ films and Earth vs the Spider fits right into my love of ‘B’ films. It has almost 40 year-old people playing teens in some scenes, it has a squealing arachnid and in the director’s chair, it has the original Mr B.I.G. himself, Bert I Gordon! Sure, the film has so much going against it, if I want to be perfectly honest, but I just can’t help myself…..I adore these classic horror films and the as bad as they can be, the more I love them.