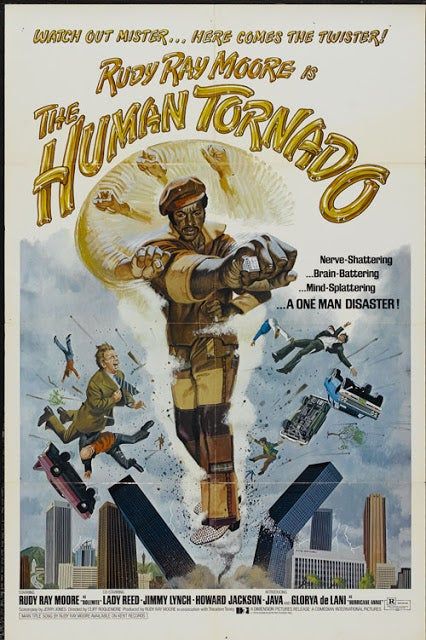 Human Tornado (1976) is in many ways a better film than it’s predecessor. The director knew what he had to work with and catered towards Rudy Ray Moore’s limitations as an actor. It’s a fun movie that’s more technically sound and acted. The performers don’t take themselves too seriously and it seems that this time around everyone is on the joke and goes with the flow. Rudy Ray Moore seems more relaxed in front of the camera and not as stiff like he was in Dolemite.

I enjoyed the film very much and I highly recommend it. Just like his first film, it’s catered towards a certain audience (I highly doubt that Mr. Moore was trying to broaden his audience at this point in his career). Check it out!