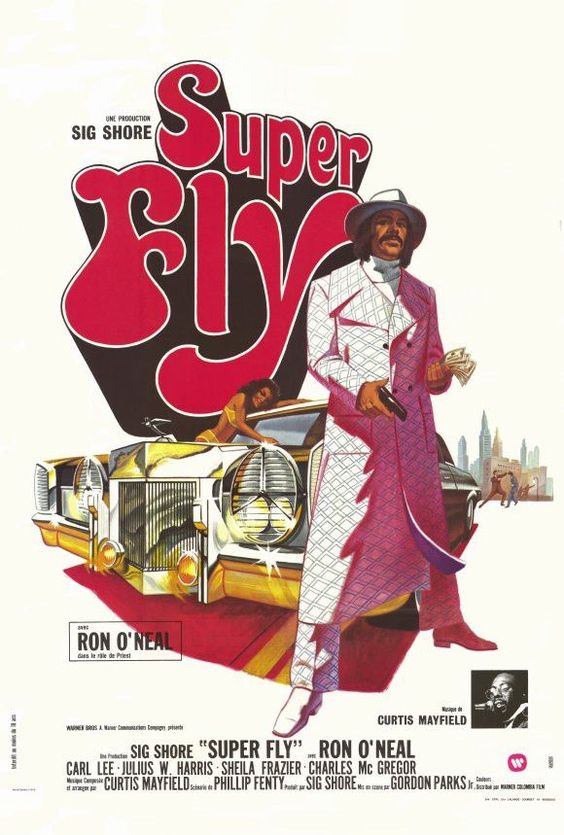 The story is about this drug dealer called Priest Youngblood. He has a good business built for himself by selling cocaine out on the streets of New York city. He and his buddy Eddie have made a small fortune with their dealing and now Priest is ready to bow down and get out of the drug dealing business, but not before doing one last deal. Buy a bunch of coke cheap and make a bunch of money fast. Will his buddy Eddie be okay with that, will the hustler lifestyle let Priest Youngblood go free? And a better question would be, does he really want to leave that lifestyle behind?

I was expecting a crappy blaxploitation flick for some reason. A bore fest with nothing that would surprise me. Boy was I wrong! This film is exceptionally well written. The dialog rings so true in many scenes that I had no choice but to sing praises for this movie as I was watching it. Phillip Fenty the writer, focused on giving these characters dialog that would sound like real people talking real jive from the streets. I mean when you hear these guys doing a deal, it most certainly sounds like the way it could have really gone down in the streets of New York in the 70s. So be ready for some groovy dialog, thats not only genuine to the era, but also adds a level of reality to the proceedings. Of special notice is a dialog that goes on between Eddie and Priest, in this sequence Eddie tries to convince Priest to stay in the business and make more millions, to live the American dream of having eight track players and TV’s in every room. It was just amazing. There’s more little speeches like that one spread through out the movie that are really quite excellent.

Visually speaking the movie looks gritty. I mean, grind house cinema was invented by movies such as this one. The streets look like real streets and by that I mean, dark, dirty and rat infested. Its not like todays over stylized films that look slick and pretty yet take away the level of reality from films. Not Superfly though, its quite evident that this film was filmed in the real streets of New York back in the 70s when Queens and The Bronx looked like crap. There’s no fancy lighting here or anything, this place looks dangerous, for real. And the film did an excellent job of capturing the feel and stink of New York back in those days. Right from the opening credits when we see Priest parading around the city in his pimped up pink Cadillac to visiting some real nightclubs in New York playing some funked out tunes! That sequence in the club where a real live funk/jazz band is playing totally transported me to that era. The movie just absorbs the 70s and basically just keeps it in this little time capsule perfectly preserved for your viewing enjoyment. And how could this director (Gordon Sparks Jr.) not make a movie as cool as this when his daddy (Gordon Sparks Senior.) was the one responsible for Shaft? There’s no doubt that this movie is sleazy, its grind house AND blaxploitation all rolled up into one! The characters aren’t nice and perfect, in fact they are the sleaziest, baddest mothers to walk the streets of New York. Even our main character Priest Youngblood spends most of the film stuffing his nostrils with cocaine every five minutes. And I mean this literally not figuratively. They are all drug dealers and coke heads, pimps and crooks, kinda reminded me a lot of Sin City. Only this isn’t some CGI fictional city, this is N.Y. C! And yet, the cool thing about this film is that it is sleazy, and gritty yet it has a certain style in its direction that is very hard to ignore. There’s this one scene in particular that really blew me away in which we see Priest and Eddie moving on up in the drug dealing business by a series of photo montages that were really amazing. And after I saw this film I had no doubt in my mind where Blow got some of its ideas from.

Ron O Neal absolutely dominates this movie as Priest Youngblood. The badass drug dealing cool dude who everyone looks up to and fears. The guy moving up in the dealing world and you better look out and not mess with him. He is an anti-hero cause I have to admit about half way through the movie I couldn’t believe that I was actually rooting for a freaking coke dealer who got high on his own supply! What I mean to say by all this is that this character is highly memorable and will have you rooting for him in no time flat, despite his despicable lifestyle.

But above all else, the film had a good story. The bad guy wanting to get out and live with his girl. But can he escape? Will he? Or was this all he was born to do? Rent this movie and find out. This is without a doubt THE best blaxploitation film I have ever seen and highly recommend it to those who enjoy gritty, dark and funky gangster films from the seventies.