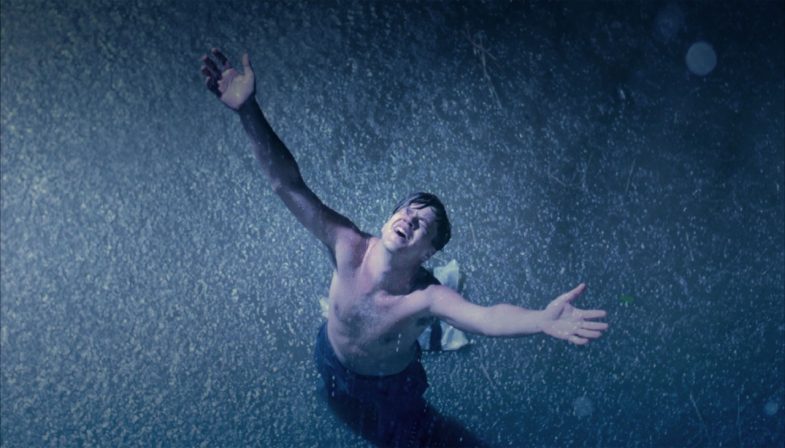 Since the beginning of its history, the motion picture has been plagued by middlemen and shysters, often one in the same. Right now because of the way the studios are structured it is easier to make and market a blockbuster than it is a small independent movie, much easier. The studio infrastructure is skewed only one way, make big movies; the talent agency structure is just skewed one way, package big movies, the distribution economy is skewed one way, sell big movies and unfortunately the theaters have become infected with the same fever and want to only show big movies. It is because of this that theaters today find themselves in such jeopardy. We really have to stop drinking the Kool-Aid.

The movie distribution business’s earliest history can be traced back to the first Kinetescope parlor that was opened at 1155 Broadway, New York City, April 14, 1894. It was owned by a pair of brothers who obtained a license from the Edison Kinetescope Company to distribute Edison Kinetescopes and Edison Kinetescope films in the City of New York. Edison had made an invention and set out to distribute it exclusively to this company and others. He had serious competition from other companies that sold their own kinetescope and kinethescope movies, Among the most prominent were the American Mutoscope Company and the International Film Company in New York; Edward Amet based in of all places, Waukegan, Illinois; and Sigmund Lubin in Philadelphia.

The competition was fierce and out of this fierce competition, independent distribution arose. In 1901, Edison manages to gain a total ultimate monopoly over the distribution of the movies. Edison, from 1900-1910, worked diligently to create a monopoly and control the movie business for himself by suing any rising competitor every time they either a make movie or tried to distribute a movie. This got tired and cumbersome, so he formed the Motion Pictures Patents Company (MPCC) in 1909 and made the claim that all technology behind the movies was his. Edison got 9 of the top distribution companies at the time and it was legally ruled that only Patents company could only make and distribute movies.

In 1909, Carl Laemmle, a wholesale distributor of movies to theatres and later the founder of Universal Pictures, was so incensed by the blatant attempts of trying to create a monopoly by the Patent company that he began to sue them. As a result of Laemmle suing the Patents company monopoly, they stopped selling movies to his company. This incensed Laemmle further, so much so that that he created the Independent Motion Picture Company (IMP) and put forward a direct challenger to the Patents company. Things got heated, Laemmle and Adolph Zukor moved their production to California and Hollywood and its studio system was born. Zukor would go on to found Paramount.

They were soon joined by others William Fox and his Fox Film Corporation, United Artists, The Warner Brothers and their studio, MGM and Columbia. The Patents Company collapse for a brief period of time and free enterprise reigned supreme. This was not to last.

Hollywood soon would exercise a monopoly over talent and distribution In the late 1930’s the federal government under the Sherman act started to accuse the Hollywood majors of restraint of trade by controlling all means of production and distribution, as well access to theaters and basically eliminating market access for the independents. The lawsuit was put on hold because the government needed Hollywood and its propaganda machine. As an aside, they made the same deal with the Mafia in order to avoid labor disputes on the waterfront. Justice can be pragmatic at times. The war is over, the government in a loud voice calls for the studios to break ownership with the theaters.

The Paramount Decree was set down and has stood for 60 years until now.

In the 1960s, the major studios in a panic start financing independent films. The studio system is falling apart rapidly and the studios begin to be acquired by major multinationals. Small studios like American International come and go. Wall Street buys a big piece of Columbia Pictures, Warner Brothers is bought by a parking lot company, Fox is bought by a Colorado Oilman and Universal was kept intact as a result of the genius of a man called Lew Wasserman.

Fast forward to today, the studios have been bought and sold many times over. They do not finance movies anymore, they package them. They let tax shelters in Germany, tax incentives in Canada, The UK or Eastern Europe pay for them. They distribute them, and take 35% plus expenses on average as a distribution fee. The Lord of The Rings Trilogy was packaged under a German leaseback structure, had a New Zealand production incentive and a couple of territory pre-sales and before the movie ever hits the screen…it was in profit. It’s a neat trick.

So you wonder why they keep increasing box office rental and increase hold times…..it because they can. The studios are more than happy to have theaters bear most of the risk while offsetting the totality of their risk to offshore tax-shelter and incentive programs. In many ways, the studios have become the ultimate corporate welfare recipient. I have long thought that in reality the most significant element, the most significant factor in a movie’s success and failure, was its ability to obtain a theatrical release. This was heightened further with the advent of streaming.

In this week’s Variety, an article was published which stated firmly the intertwined relationship between streaming success and a theatrical release. Ernst and Young were commissioned by those good people at the National Association of Theater Owners. The study basically confirmed the correlation between success at the theater equates to a stronger and more vital streaming market. Sixty-two percent of the study’s respondents reported that if a movie had appeared in cinemas, they were more willing to check it on their streaming services. Only 3% of respondents said they were less likely to stream a movie if they knew it was released in a movie theater. This is profoundly significant for theaters.

What is becoming apparent quickly is that streaming titles increasingly are lost in a storm of digital information and discerning what is good and watch-ability is determined more and more if a movie first has a proper window at a theater. The theaters quite rightly so feel that they are under siege. Maybe its time theaters looked over the horizon and come to the realization that if streaming is going to repay the massive amounts on monies that have been invested into it, they will have to seek a steady and thoughtful theatrical release for the movie titles it plays.

Maybe its time that the independent theaters work more hand in hand. Maybe they should take a page out of Carl Laemmle and Adolph Zukor’s book and start to take charge of their own destiny. Maybe a collective organization could be established, maybe a co-operative where access to big screens can be collectively negotiated under terms which directly benefit the independent theater. At one time NATO and other groups were threatened with anti-trust if they attempted such a feat, but hey isn’t the Department of Justice putting that problem to rest…and maybe just maybe….after all these years….what is good for the goose is also good for the gander.

Who is the most powerful person today in Hollywood, go look in a mirror. The neat trick that Hollywood always pulls off is convincing the most important factor in the movie economy that it is insignificant, and in doing so give Hollywood the market control. It’s a lie