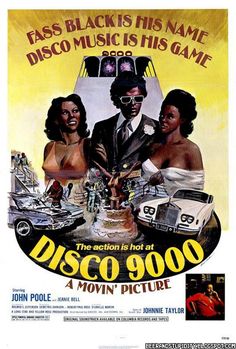 Someone is trying to ruin disco owner Fass Black. Black also owns the hottest record label in town and a rival mogul is trying to muscle in on his business because Black would not “play ball.” The movie stars john Poole as Fass Black, with Harold Nicholas, Jeanie Bell and singer Johnnie Taylor. Two then-current its, “Disco Lady” and “Somebody’s Gettin’ It” are featured. The disco is located (though not mentioned) at 9000 Sunset Blvd. in West Hollywood. I know, because I passed by it many times during my time there.