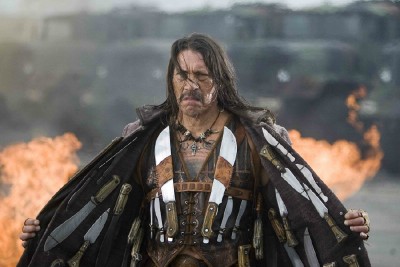 “The sequel to Machete, Machete Kills is going to be a lot more over-the-top than Machete,” Trejo told Moviehole.

“We’ve got Sofia Vergara, who is a star in her own right, Jessica Alba, Michelle Rodriguez, and Zoe Saldana – and guess what? I get to kiss all of them.”

This was the first mention of Saldana in connection to the movie.

Rodriguez and Alba will reprise their roles from Machete, with Amber Heard in line to play an assassin.

Saldana recently completed work on Star Trek 2 and is currently shooting Out of the Furnace.

Shooting on Machete Kills is scheduled to begin soon in Austin, Texas.