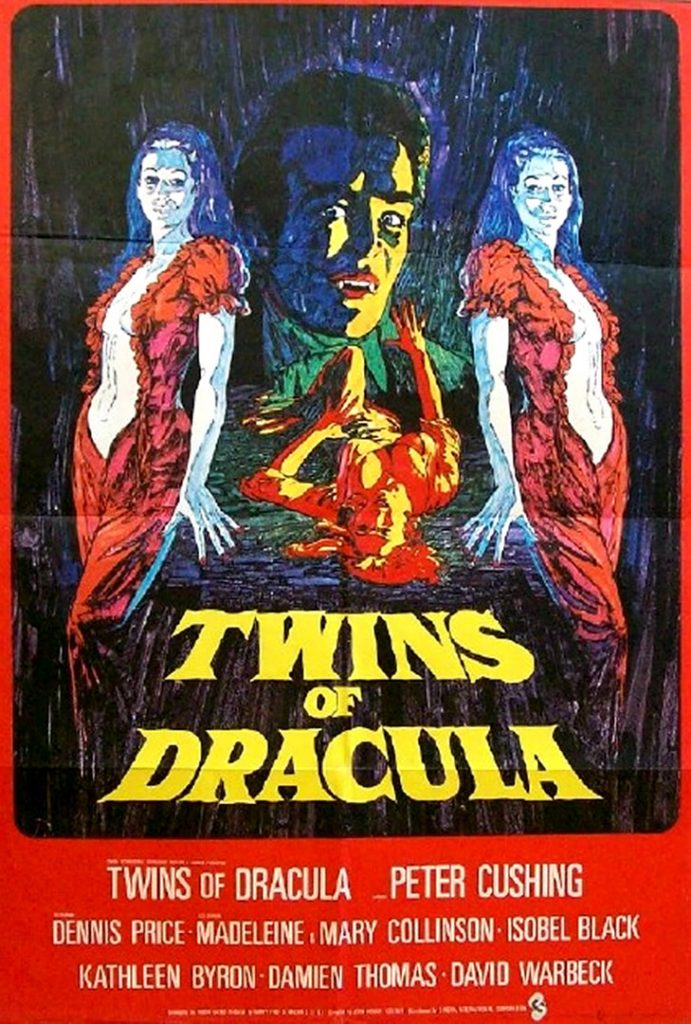 From it’s stunning opening to its shattering climax, Twins of Evil is an unremittingly brutal movie. Burnings, stabbings and decapitations are unflinchingly displayed, and, because this *is* a seventies Hammer film, there’s some softcore nudity as well. But for all that, this is also a supremely elegant film that shies from clear-cut good and evil distinctions, preferring to paint its characters in subtler shades. Peter Cushing gives a magnificent performance, taking the single-minded fanaticism of his Van Helsing character and notching it up several degrees to create the truly terrifying Gustav Weil. Weil, a ruthless, sexually-repressed Puritan, gets his kicks from burning young women whom he accuses of witchcraft. Only Cushing could imbue the potentially laughable line ‘the devil has sent me twins of evil!’ with a shiver of sexual pleasure as he anticipates the inevitable pyre.

Visually, Twins of Evil is stunning. There are several set-piece moments, including a beautifully directed vampire resurrection, and the climactic tableau on the steps of Karnstein Castle. The film is saturated in blues and greens, which only makes the dayglo-red blood seem all the more shocking. The score, and the opening theme in particular, is memorable.

Twins of Evil is a remarkable film, taking the grandeur of The Brides of Dracula and the brutal intensity of Frankenstein Must Be Destroyed, and combining them with the new house style introduced in The Vampire Lovers. What really distinguishes it from its contemporaries is Cushing’s brilliant performance: more villainous than the dandyish Count Karnstein, more heroic than the ponderous Anton, the synthesis of antagonist/protagonist in Weil elevates Twins of Evil to genuine greatness. The best of Hammer’s latterday horror films.