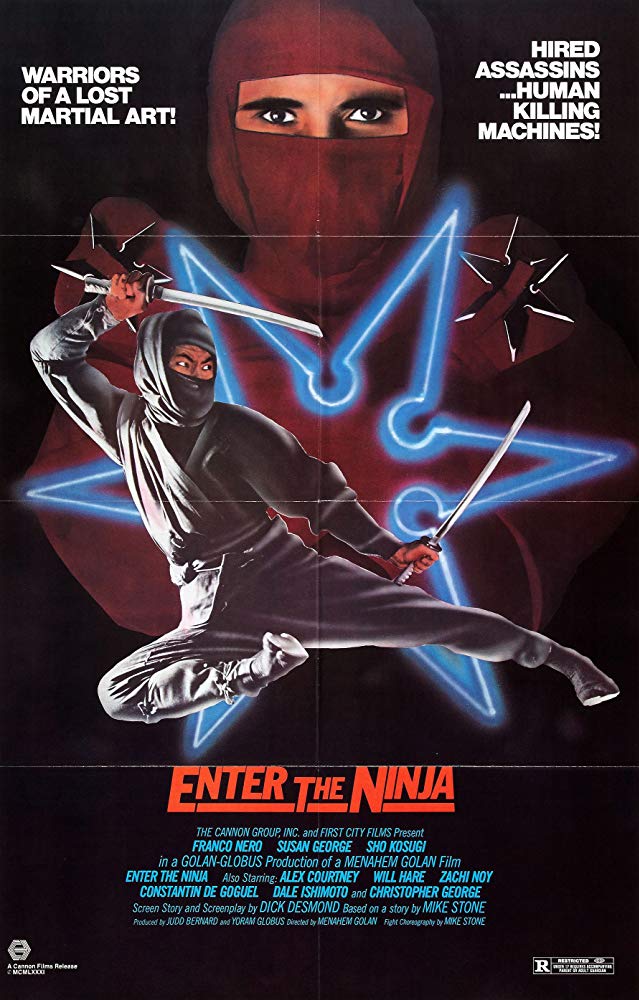 The film begins with a very impressive display of weaponry skills by none other than Sho Kosugi in full Ninja uniform, including sai, shinobi-gatana, tonfa, nunchaku, manriki {bola}, blowgun, shiroken, bow & arrow, and spear-staff. Blend into white ninja {color indicative of novice/apprentice} amidst the wilderness undergoing his final “law of the jungle” test until recognized as full Ninja calibre; he is attacked by several red ninjas on his way back to the dojo, expertly defending himself until facing the Shidoshi himself, shockingly beheading him before entering in for judgment.

“Enter The Ninja” was released during the latter part of the martial arts pop-fascination of the 70’s and early 80’s, and distinguished itself by presenting Ninpo principles such as the afore-mentioned Kuji-Kiri, indigenous weaponry and some techniques, all under the expert supervision of Sho Kosugi, an actual Ninpo practitioner, who along with Frank Dux, earned some ire from traditionalists in the old country, but did manage to add an enhanced perspective on this enigmatic historical character known as Ninja. Although, the film is long in the tooth and features way too much plot, but the film does deliver a decent amount of butt-kicking and several cheesy moments that will get giggles of joy from bad movie fans. The last half is far more interesting than the first; the action scenes are competently done, though it’s obvious Golan was not the action director Firstenberg was.