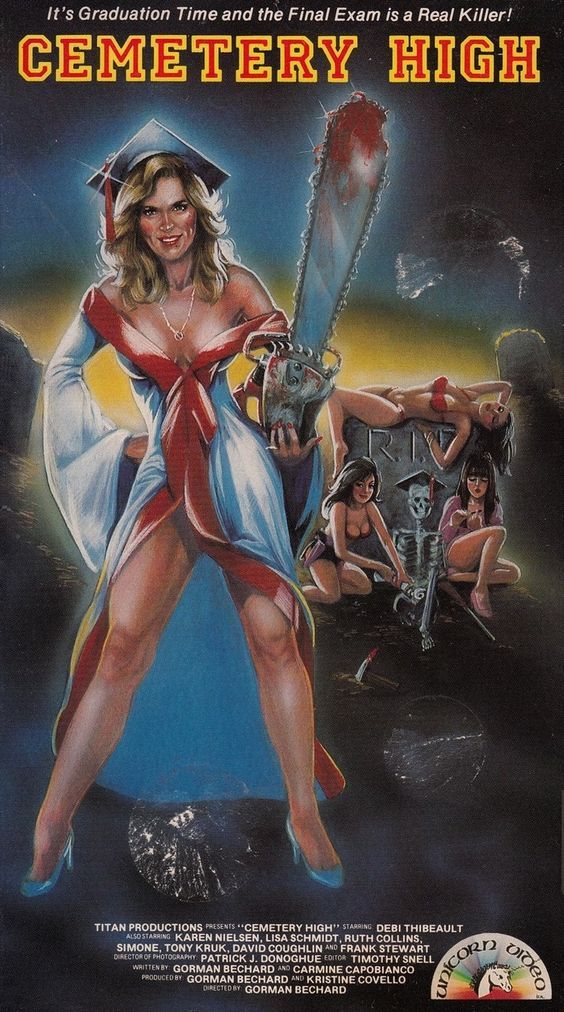 Director Gorman Bechard and much of the crew and cast worked on this and before it both ‘Psychos in Love’ and ‘Galactic Gigolo’ for Full Moon. Basically a group of average looking young women decide to eliminate all the perverted and criminal men in town including naughty corrupt town mayor. Fortunetly for the bullet manufacturers pretty much all the man are very bad. Though most are vulgar there are moments when the vigilantes seem to be coercing men in order to find them guilty and deserving of death. The death scenes are pretty amusing and as mentioned in a spoken introduction there will be different noises for nudity (a bike horn) and violence and so on. The cast regularly refer to the fact that they are in a film and that it needs to be entertaining for the viewers. Of course by these women’s ‘all men must die’ standards the viewing audience would probably be a victim of the very gang they are watching.