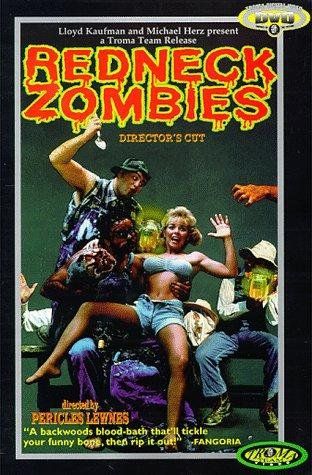 When a film begins with a mental patient in a hospital putting out a cigarette on an already very scarred forearm (his own), you know you’ve got a twisted film on your hands. This is certainly a gore splatter, but the nastiness and quality of the gore push it beyond another sad blood fest. Loaded with humour and revolting stuff. There’s a very weird acid freak out scene when the first rednecks become zombies, and later a guy on acid freaks out while performing an autopsy. The tobacco man is hilarious (a tobacco salesman who has to cover his head with a blood strained sack as his face is so hideous from years of chewing tabacco). There’s also some great imagery, and at times even threatens to create some atmosphere! Miles ahead of anything else the Troma team has come up with.