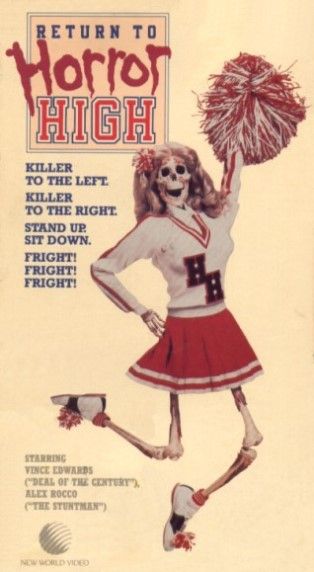 Albeit confusing at times, this movie is definitely worth a watch. The directing/editting is certainly reminiscent of _Perfect Blue (1997/I)_ (or more likely the other way around, with Perfect Blue being released a full decade after Return to Horror High). Either way, you just have to be really one your toes to make sense of the stories, or be prepared to watch it a few times. The jokes fly out more than the fake blood does. Often, they come together. If you can’t appreciate this movie for what it is, you just need to pop a couple of valium pills, and calm down. They way you people write about this film would make one think that Ed Wood decided to make a horror-comedy about Waylon Jennings cooking up some raw fetuses.

This movie kicks twice as much butt when you get it on the double-sided DVD with _Return of the Killer Tomatoes! (1988)_