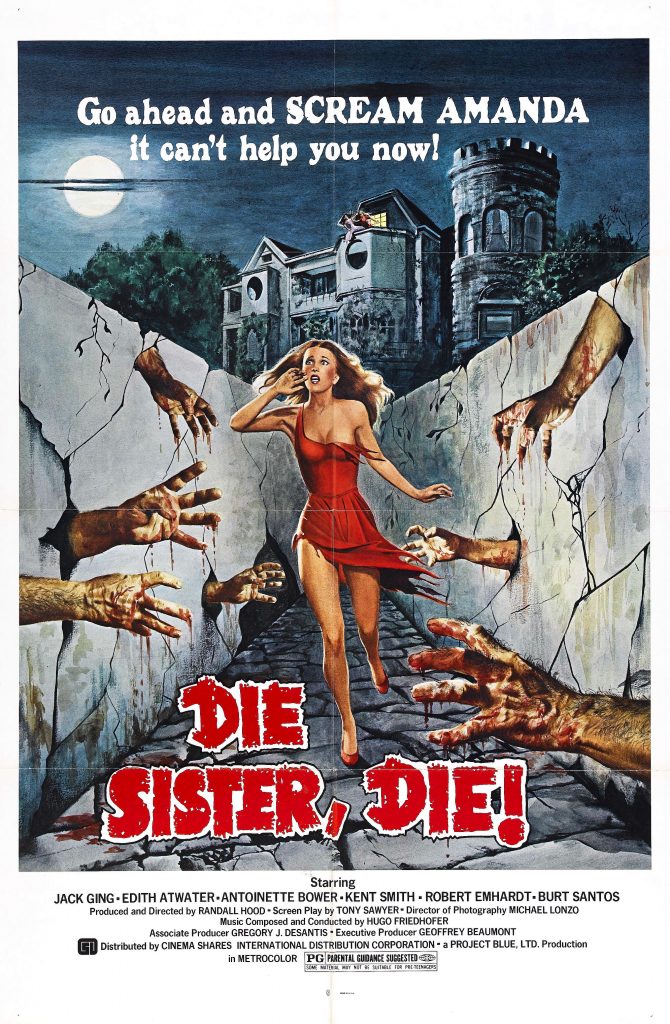 A registered nurse named Esther (Antoinette Bower) is summoned to an eerie Gothic mansion and feels a lurking menace in the place, as if it bears a terrible secret. When she meets Edward (Jack Ging), he tells her that he wants to hire her to care for his difficult, ailing sister Amanda (Edith Atwater). She does not realize his true intent.

Produced and directed by Randall Hood, who has done little else in his career. Jack Ging gets top billing in this film, with his name prominently on the cover of the DVD. Who is Jack Ging? A television actor, who also appeared in a couple early 1970s Clint Eastwood films.

The Treasure Box Collection features the film in full frame with decent video quality for the time period. No extra measure was given to spruce up the picture, and there are no features at all (not even subtitles), but for watching the film it works fine. (The film is also only 84 minutes, not the 88 that the box says.) As far as horror films go, this one is pretty light. More like a slightly tense thriller, as there is not much blood and an extremely low body count. Horror films can be successful on atmosphere rather than gore, certainly, but this one relies very heavily on an atmosphere I do not know if it can deliver.