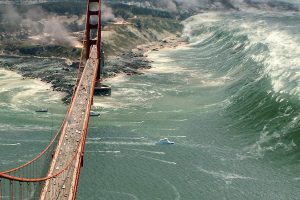 As someone who purposefully seeks out articles and essays on the state of the business of exhibition, I have to say that a state of confusion within me and I feel the industry as a whole. Things keep moving and moving in ways that seem to tie the body of cinema into further knots. It is really baffling to me. The vaccine is not being rolled out in anything resembling an efficient manner. There are rumors of new strains of COVID arising.

The industry of exhibition seems to be in a perpetual state of gasping. Wonder Woman 84 did okay and so now exhibitors wait with bated breath for the next release or the next shoe to drop. A not very optimistic survey coming out of India stated that only 6 percent of the market felt safe going back to a movie theater. As we start to look to summer, cagey operators like Paul Glanz of Emagine are looking to diversify into drive-ins. Paul is not a dumb man and knows that this industry in changing rapidly. It is almost if we are dealing with a purposeful confusion. A misdirection on the part of the studios where they are telling everyone they are committed to the theatrical markets while at the same time they and the streamers are cutting off theaters right at the knees.

This week Netflix announced that it was releasing 70 original movies this year. Netflix produced a glitzy promo featuring Gal Gadot, Ryan Reynolds and the Rock. There are a ton of movies coming from the streamer. From kids movies based on R.L. Stine adaptations to superhero movies; romantic comedies to thrillers, along with the third Princess Switch, Kissing Booth, and To All the Boys movies to a Lin Manuel-Miranda-directed Jonathan Larson musical, here are some samples of what they are bringing to audiences in 2021.

ARMY OF THE DEAD

Following a zombie outbreak in Las Vegas, a group of mercenaries take the ultimate gamble, venturing into the quarantine zone to pull off the greatest heist ever attempted. Starring Dave Bautista and written and directed by Zack Snyder.

An Interpol-issued Red Notice is a global alert to hunt and capture the world’s most wanted. But when a daring heist brings together the FBI’s top profiler (Dwayne Johnson) and two rival criminals (Gal Gadot, Ryan Reynolds), there’s no telling what will happen.

A devastated husband vows to bring justice to the people responsible for his wife’s death while protecting the only family he has left, his daughter. Starring Jason Momoa.

RISE OF THE TEENAGE NINJA MUTANT TURTLES: THE MOVIE

The Teenage Mutant Ninja Turtles are faced with their greatest challenge yet when a mysterious stranger named Casey Jones arrives from the future with a dire warning. Leonardo is forced to rise and lead his brothers, Raphael, Donatello, and Michelangelo in a fight to save the world from a terrifying alien species … the Krang!

When Netflix can strut out Jennifer Lawrence, The Rock, Gal Gadot, Ryan Reynolds and Aquaman himself, Jason Momoa, times have indeed changed. We are a very short matter of time in a totally different cinematic environment

One should take note that theaters would die for some of this content and right now Netflix is outputting more movies than all the top five studios combined. Now the traditional studios are floating rumors that they will have to further delay releases due to the disorganization of the vaccine rollout.

The sequel to “The Kingsmen” is rumored to be destined to Disney + as is Scarlett Johansson’s shenanigans in “Black Window”. Add this to Warner’s decision to stock the shelf at HBO MAX with “Wonder Woman 84”, “The Suicide Squad” and “Dune”. There was an interesting PR implant as well this week where Universal Head, Donna Langley was crowing how much “Trolls World Tour” made in 3 weeks and how it blew away the theatrical release of the previous “Trolls” movie.

The biggest point of concern for me is the rumor that the latest Bond installment will be moved to the fall. That would be a calamity for theaters.

If you take a look at the titles I listed you will notice that major talents are being featured in these movies and they are being made by directors who were once stalwarts of the business of theatrical releases. It would seem that little by little Netflix is eroding and poaching the elements that were woven into theatrical releases. They are making them their own and shifting focus. Theaters must realize that things have changed and changed forever.

It is obvious that change is upon us all. I for one am trying to see a way forward. I keep going back to the wisdom of Peter Bart and telling the exhibition industry we are back in 1971. COVID, technology, and the emerging foul Cancel culture are impacting what were known as the movies. We must reinvent them or else we are in danger of losing a large part of our society and culture. Heck, they are even trying to cancel John Wayne, first by taking his name off an airport and who knows whats else. You cannot continually erase history just because some shows some human frailty and failings. I imagine if we were subjected the rule that people who occasionally say stupid things were arbitrarily cancelled, I would be missing quite a few relatives.