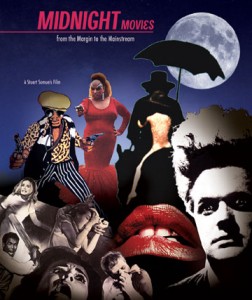 It’s no secret the movie industry is hurting and looking for new ways to charge us more when it comes to ticket sales. Fortunately, 3-D and IMAX showings have sated that need for now, but what’s next? How will they attack our wallets once 3-D surcharges aren’t enough? If you ask me, midnight screenings is the obvious answer.

Charging more for a midnight screening is a no-brainer and considering what’s going on with tickets for midnight showings of The Dark Knight Rises, I think it’s safe to assume studios and theaters won’t let this opportunity slip by unnoticed.

As I noted last Friday, tickets for sold out showings of The Dark Knight Rises were on eBay for astronomical rates. You could buy one ticket for $50 or even as much as $150 for one midnight ticket. Browsing around the site it looks like no one is biting on these just yet, but that’s the operative word… yet.

Come July 17, 18 and 19, people are going to be dying to see this movie and what will Warner Bros. think when they see a $16 ticket going for $50 on eBay? That’s $34 that could have gone straight toward their bottom line, not to mention bragging rights for having the largest (fill-in-the-blank) of all-time.

Even if they jack up the prices to just $20 for midnight showings for select films, the demand for many of these movies is there and people will pay. Just imagine if Disney had done so for The Avengers which brought in $18.7 million from midnight screenings or if Lionsgate/Summit did so for The Twilight Saga: Breaking Dawn – Part 2 this November. Other upcoming films, including Quentin Tarantino’s Django Unchained are films that could attempt to pull such a maneuver. No, it won’t work for all, but certainly for some.