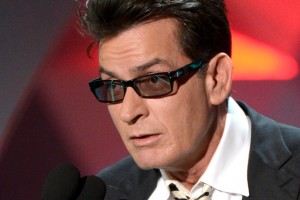 Like father, like son. Charlie Sheen could follow pops Martin into the White House in an upcoming big screen role as the president in director Robert Rodriguez’s sequel to his “Grindhouse” action pic, “Machete.”

Rodriguez announced the casting on Thursday in a tweet that read, “I just cast Charlie Sheen in #machetekills as the President of the United States! Who better? More soon…” Sheen retweeted the message, which also included a photo of the “Anger Management” actor leaning his arm on Rodriguez’s shoulder. A spokesperson for Sheen confirmed that negotiations are under way to have him join the film, according to the Hollywood Reporter.

If Sheen ends up in the movie, he’ll be the second member of his family to take on the role of command-in-chief, following in the footsteps of Martin, who played the fictional President Josiah Bartlet for seven seasons on Aaron Sorkin’s “The West Wing.”

The sequel will again feature Trejo, Alba and Rodriguez, along with Mel Gibson, Demian Bichir, Amber Heard, Sofia Vergara and Zoe Saldana. Rodriguez announced in a tweet on June 12 that principal photography on the film had begun. The second chapter of a planned trilogy, due out in 2013, finds Machete being recruited by the U.S. government to stop a cartel leader and an arms dealer who have deployed a weapon in space.