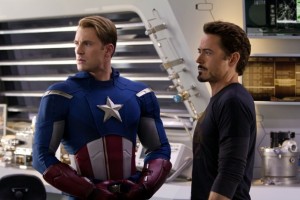 Internet chatter can explain movie blockbusters and even predict elections

Why did “Marvel’s The Avengers” blow the roof off the box office, while “Battleship” sank? Blame Internet chatter. The number of times a film is mentioned in blog posts and social media strongly reflects how much money it is making, according to a new model developed by Japanese physicists.

The researchers were originally interested in modeling how rumors and word of mouth spread over social networks such as online blogs, Twitter and Facebook. They focused on the big screen because daily box office revenue data were available and because “I like movies,” says team leader Akira Ishii of Tottori University in Tottori City.The researchers plotted the number of times a movie was mentioned in blogs and on Facebook pages from several weeks before the movie’s release until the end of the first run. They found that the number of social network mentions peaked on opening day, then gradually trailed off, with spikes on weekends. A plot of daily revenue followed a similar pattern.

Using data from “Spider-Man 3,” “The Da Vinci Code” and other movies, the physicists developed a model that “can predict the [daily] revenue of the corresponding movie very well,” the authors claim in their paper, published online in the New Journal of Physics.

Ishii says he used Internet chatter to predict the winners in several recent elections in Japan. But he says he couldn’t publicize the results because of legal restrictions on publishing projections during campaigns.