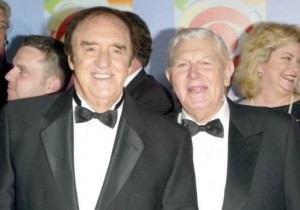 Turner Classic Movies will honor Andy Griffith on July 18 by broadcasting four of his movies, the network announced Wednesday.

While primarily known for his comedic talents, Griffith at times showed a tremendous talent for dramatic roles.

The evening will kick off at 8 with “A Face in the Crowd.”

In it, Griffith portrays an Arkansas hobo who becomes an overnight media sensation, with an exploration of the trials of overnight fame and the fears of being exposed as someone other than one is built up to be. The movie, directed by Elizia Kazan, also stars Patricia Neal, Anthony Franciosa, Walter Matthau and Lee Remick.

At 10:15 p.m., viewers will be able to watch “No Time for Sergeants (1958),” one of the funniest military movies ever made. Griffith is a lovable but not-so-bright country country bumpkin who never quite grasps the military and manages to drive everyone crazy. He is paired for the comedy with Nick Adams, and the movie features an early look of Griffith working with Don Knotts.

At 12:30 a.m., the attention turns to a comedy western, “Hearts of the West (1975),” in which Griffith Stars with Jeff Bridges, Donald Pleasance, Blythe Danner (most recently known as Robert DeNiro’s wife in the “Meet the Parents” movie series), Alan Arkin, Richard B. Shull, Herb Edelman, Alex Rocco and Marie Windsor.