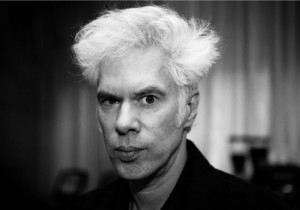 There’s no one in independent film quite like Jim Jarmusch, one of American cinema’s most idiosyncratic filmmakers. Born to Episcopalian parents in Ohio in 1953, the director fell in love with B-movie double bills his mother left him in as a child, and fell into counter-culture arthouse movies in his teens. The director studied Journalism at Northwestern before dropping out and studying literature at Columbia, moving to Paris for ten months and then returning and applying to the film school at NYU’s Tisch School of the Arts, where he worked under legendary “Rebel Without A Cause” director Nicholas Ray, who encouraged the filmmaker’s unique, particular approach.

Jarmusch is a sort of perennial outsider: at 15 his hair turned grey, which his friend and collaborator Tom Waits thinks made him “an immigrant in the teenage world. He’s been an immigrant — a benign, fascinated foreigner — ever since. And all his films are about that.” And it’s not hard to see Waits’ point — from little-seen debut “Permanent Vacation” and breakout follow-up “Stranger Than Paradise,” to more recent star-laden films like “Broken Flowers” and “The Limits Of Control,” he’s painted a bleak, disconnected, wryly comic view of the world that’s never quite given him mainstream success, but has made him one of American indie’s most consistent and valuable filmmakers.

Jarmusch just got underway on production for his latest film, vampire tale “Only Lovers Left Alive,” which stars Tom Hiddleston, Mia Wasikowska and Anton Yelchin alongside Tilda Swinton and John Hurt, and that should arrive in theaters in 2013. But today sees the Criterion re-release of his third film, 1986’s “Down By Law,” on a shiny new Blu-Ray, and to mark the occasion, we thought it’d be a good time to look back over Jarmusch’s unique filmography (of fiction features, at least). Read on below.

“Permanent Vacation” (1980)
Never widely available in the U.S until the Criterion release of “Stranger Than Paradise” in 2007, and rejected by Tisch professors as “a waste of time” (the school refused to let him graduate as a result), Jarmusch dropped out to make his 16mm feature debut, which helped launch his career. The film stars Chris Parker as Allie, a bored, jazz-obsessed young man who wanders New York, encountering various oddball strangers (the film feels like a predecessor to Richard Linklater’s “Slacker” in many ways). It certainly feels like a student film, with all the indulgence that comes with it — Jarmusch is a little too in love with his influences for the film to stand on its own. But it’s a particularly accomplished student film at that — the cinematography, by future “Living In Oblivion” director Tom DiCillo, is terrific — with the helmer showing a keen eye for the city and its quirky characters, even if some of the clearly non-professional actors are weak. And in fits and starts, it’s great, with Allie’s encounter with a stranger in a movie theater (the excellent Frankie Faison) who explains the Doppler Effect to him, being a particular standout. It’s a minor, early experiment to be sure, a director finding his feet, but it’s an intriguing, if inessential insight into his development all the same. [C+]

“Stranger Than Paradise” (1984)
While “Permanent Vacation” planted the seeds and stylistic notions that would come to define the undoubtedly individual filmmaker, it would be “Stranger Than Paradise” that demonstrated an assured hand and a playful enthusiasm while documenting the lives of a lumpen trio lacking any considerable ambitions, but remaining relatable, even likeable, in spite of pervasive shiftlessness. Willie (John Lurie) welcomes Hungarian cousin Eva (Eszter Balint) with minimal enthusiasm, but grows to appreciate her presence along with similarly unambitious Eddie (Richard Edson). Jarmusch takes his time, and you get to know the trio well, even as the plot develops with little insistence on narrative movement and minor stakes. The director also makes extensive use of the stone-cold Screamin’ Jay Hawkins classic “I Put a Spell on You,” including a welcome sequence of Eva schlepping a massive boombox down the street while Hawkings goes nuts on his most famous cut. To write about “Stranger Than Paradise” robs the film of some well-earned mystique — talk to anyone who loves the film and they’ll come at you with impressions and emotions, as unconcerned with straightforward summary as the characters of the film are with honest living. [B+]