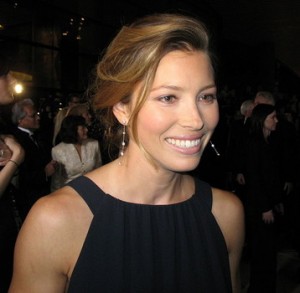 Jessica Biel, who we reported as having been in discussions to join the cast of “The Wolverine,” has decided to pass on the X-Men-related film.

Biel had been in talks to take the role of Viper, who was created by Jim Steranko and first appeared in Captain America #110 (February 1969). “The Wolverine” is set in Japan, where Hugh Jackman’s X-Man character goes for training. Although details are sketchy, the film is believed to derive heavily from the critically acclaimed 1982 Wolverine mini-series by Chris Claremont and Frank Miller.

Sources say she got cold feet, which doesn’t really explain her decision to turn down the role. However, a similar super-heroic turn-down occurred in 2007 when Biel was in talks to play Wonder Woman in a Warner Bros. “Justice League of America” movie (which of course, never happened).

20th Century Fox will now have to find another actress to play Viper, the lover of the Silver Samurai (Lee) and a friend-turned-foe of Wolverine’s. The film’s page on IMDB still lists Biel as playing Viper, at the time of this writing.

The film begins shooting next month in Sydney, Australia. “The Wolverine” is scheduled for a July 26, 2013 release.