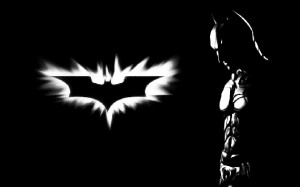 According to Fandango, domestic box office online ticket sales for Warner Bros’ and Legendary Pictures’ The Dark Knight Rises currently represents 91% of Thursday’s ticket sales. MovieTickets pegged their number at 87.5% for Wednesday. Earlier this week, Fandango surveyed the pic’s ticket-buyers and discovered that: 97% said the darker tone made them more interested in seeing the movie, 89% claimed the new villain Bane made them excited to see the film, 72% consider themselves fans of director Christopher Nolan, 62% said they’re excited by the fact that more than an hour of the film was shot in IMAX, and 58% said that Christian Bale was the actor they most preferred as Batman.

Warner Bros should be announcing the first foreign box office results today. The Dark Knight Rises opens in only 17 international markets this weekend, representing 6,300 screens. These include 4 of the Top Ten movie markets: UK, Spain, Australia, and Korea.

In North America, I can report exclusively that The Dark Knight Rises has already banked $25M in pre-sales. This final installment in this Batman trilogy directed by Chris Nolan plays tonight in a whopping 3,700 midnight domestic locations. Like the big theater chain did with Avengers, AMC will be hosting a special showings in IMAX and 2D – the entire Batman trilogy beginning at 6 PM for $40/$25 complete with commorative poster and special lanyard. (Whether the actioner will screen 24/7 on Friday will depend on how many theaters can convince staff to work overtime.) At its widest release, The Dark Knight Rises will debut in 4,404 domestic theaters from Friday through Sunday including 332 IMAX locations.