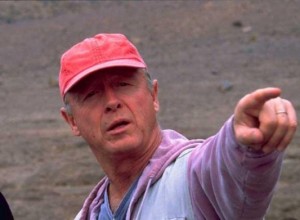 From the Geeks Of Doom

We at Geeks of Doom and everyone around the cinema community and the globe are still stunned by the news last week that film director Tony Scott, responsible for so many of the fun, in your face action films of the 1980s and beyond, jumped to his death off of a bridge at the age of 68.

Certainly this is a story that no one anticipated coming, and for sure there will be question marks that will go unanswered forever. Why this vibrant, talented, vivid, energetic and colorful individual would commit such an act is harrowing, tragic, and ultimately extremely sad (there is speculation about this health, but no official word yet). Klieg lights have been snuffed in Hollywood metaphorically from this event, and the legacy of Tony Scott will always endure and hopefully shine even brighter than it did when he was with us.

In memoriam of the man, it’s very, very easy to be forgiving and forgetful when an artist like Scott passes away, and in the quick emotional haze of these kind of events, it’s very easy to suddenly give the deceased artist a free pass of his entire body of work. But, in all fairness and honesty, and that’s the only way this reporter can give it to you folks, there’s no denying that the body of cinematic work that Tony Scott produced in his lifetime were equally loved, hated, critically panned, enjoyed by movie goers and critics, they sported huge box office returns, they sported huge box office failures, this kind of list can go on and on.

It also must be noted that Scott had sometimes existed in the shadow of his older brother Ridley, who while he may not have ever directed the kind of blockbusters that younger Scott had sometimes the propensity to do so, Ridley had gone on to direct some of the most critically lauded films in recent memory. Tony was like the more looser of the two, the McCartney to Ridley’s Lennon, and thus, the result of Tony Scott’s output of work was more fun, looser, required one to think less, enjoy more, feel more primal and delight more aurally and visually at his output. Tony Scott’s directorial style was a hammer, in your face attack of the senses at once, sometimes there was no room to breathe, with characterizations that some might regard as hollow, spouting fun lines while mired in superlative clichés, but make no mistake, Tony Scott always, ALWAYS, threw a fun cinematic party for his audience. And if you went along with that ride, a fun time would indeed be had by all.

So here’s a breakdown of some of the highlights (and to some, possibly the lowlights) of Tony Scott’s career (in chronological order):

1) The Hunger (1983): Scott’s debut made some controversial noise when first released, and it’s pretty much a fun vampire yarn about as far and adult from anything Stephanie Hardwicke could ever muster up. Susan Sarandon is embroiled in a love triangle with blood thirsty creatures of the night David Bowie and Catherine Deneuve. Full of the Scott style right away, counterpointed by bizarre twists and turns at every clip, and a controversial lesbian sequence between the two female leads that drew more attention during its original release than the film itself did. It will now of course remain a curio as Scott’s first venture into filmmaking.

2) Top Gun (1986): The film that propelled Tom Cruise higher than the aerodynamic aircraft he flew, and made Paramount an absolute fortune. The film became a sort of benchmark for the 1980s itself, bombastic, loud, hyper edited, screaming action alongside ear splitting music accompaniment. Top Gun is almost the archetype of the 1980s and spawned a sort of palette for this kind of action film which still exists in full frontal force today as a blueprint for today’s over the top indulgent films. That said, it remains a stepping stone for a lot of fans who grew up with this picture, it was a huge pop cultural patchwork of sights and sounds for the young 80s generation who experienced it originally and most importantly, it put Tony Scott on the map as an extremely bankable film director and someone who could be trusted to put together the kind of production that studios clamored for during this Reagan era of the 1980s, and ever more so today. Scott would go to try and strike twice while the iron was hot with Cruise, in Days of Thunder, which pretty much this time kept Tom Cruise on the ground as a race car driver, but still retaining the kind of Top Gun verve, a few years after this film.

3) The Last Boy Scout (1991): A fun popcorn film raised to the highest art, this one finds Bruce Willis and Damon Wayans working together in tandem (although arguably not like the Lethal Weapon of the ink is black the page is white pairings) to solve a murder. Full of fun cynical dialogue which is endlessly quotable by the generation that grew up with it, smart, full of the glossy sheen that became Scott’s style, which is not a bad thing at all for this picture, it saved Bruce Willis’ career in some ways during this time (the actor had just come off of the atrocious Hudson Hawk) and did make a profit and especially had a great life in home video. Willis and Wayans chew the scenery like bubble gum all over this one.

4) True Romance (1993): THIS is the magnum opus in the Scott resume in my opinion. Scott was pegged (as a lot of directors were at that time) to develop a script that had been written by Quentin Tarantino, who had just become Hollywood’s newest wunkerkind after his success with Reservoir Dogs. Scott finally had an opportunity to develop material that was quirky, dialogue driven, violent in a more realistic sense, and full of surreal and wild imagery. He proved himself worthy of the task. Lovebirds Christian Slater and Patricia Arquette become more and more deeper involved in a lovers-on–the-lam kind of narrative that is elevated by the always punchy Tarantino script and the ham fisted, extremely macho and confident direction by Scott, who in a way is almost channeling Sam Peckinpah here. An ensemble cast rounds out the action, and what’s most pleasing is seeing one Dennis Hopper, who made his career on playing off-kilter, out-there characters, as one of the more subdued normal people in the film! If you’ve never seen any of Scott’s work, this is the essential one.

5) Crimson Tide (1995): Pairing again with the producer duo of Jerry Bruckheimer and the late Don Simpson, responsible for Top Gun, Scott finds himself submerged in the throes of a submarine in this outing. U.S. vs Russia power plays are afoot, as well as the ones between Gene Hackman and Denzel Washington, as Commander and Lieutenant respectively. Once again, the pumped up, Top Gun style soundtrack and schematic applies, and once again it’s a pretty obvious B-movie story when you break it all down, but also once again, the style of Tony Scott elevates this to a fist in the air white knuckler of an action film; he knows how to draw performances out of his actors (the leads especially) that take this from what could have been a straight-to-video pathetic mess of celluloid to another great, leave your brain at the door but that’s the point, smart production.

There are plenty of other films, some favorites I may have forgotten, Beverly Hills Cop 2, The Enemy of the State, The Fan, Man on Fire, Domino, the remake of Joseph Sargent’s 1974 crackerjack masterpiece The Taking of Pelham 1, 2, 3 which also starred Denzel Washington and what stands now as final production, another train out of control film, 2010′s Unstoppable, yet again with Washington and Star Trek’s Chris Pine. All of these films, like the ones singled out, had that knack and veracity of having the Tony Scott stamp affixed firmly in every single frame, frames of films that pump one up, get the circulation going, and then keeps it going, an absolute cornucopia of sights and sounds to ones nervous and circulatory system.

One is encouraged to revisit or visit for the first time some of these films. It is not farfetched or wrong to say that these films are not for everyone. They will never be for everyone. And that’s not also to say that the fans of Tony Scott productions were those that maybe didn’t know better, or maybe knew something that others didn’t. It all depends on taste and how one looks at the works of Tony Scott. But one thing can remain crystal clear, Tony Scott showed everyone how to have a good time at the cinema, employed the apex of the term escapism for his audience, fooled and tooled around with their sights and senses, and had them leaving for the exits when it was all done, amazed, enraptured, and delighted if anything else. And how is that a bad thing? When all is said and done, movies are ENTERTAINMENT, whatever filmmakers and artists do within their frames, whatever is put into narratives, whatever we learn or are taught or whatever films are trying to convey to us, about a sundry amount of topics from the pedestrian to the absolutely essential important parts of our lives, movies are ENTERTAINMENT first and foremost. And nobody in a way arguably understood that concept more than Tony Scott. In a world that seems to be getting crazier and more intense to live in these days as the world revolves forward and forward, we need a Tony Scott more than ever today. RIP Tony.