Get used to seeing and hearing that because there will be many great films coming out from Two Chick Pix in the near future.   The company started up in 2012 by the lovely actresses Jessica Sonneborn and Kristina Page.  They already have a couple films being distributed worldwide, (Money Shot and A Lure: Teen Fight Club ) and also are responsible for the highly anticipated “Alice D” http://www.alicedmovie.com  starring Kane Hodder and also stars Chanel Ryan http://www.bmovienation.com/?p=10322

Kristina and Jessica were kind enough to share information about their production company and themselves with B Movie Nation. 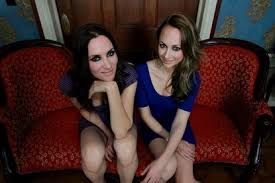 How did Two Chick Pix come about and how has the experience been, now that both of you are producing movies?
We met years ago, but really got to know each other while in pre-production on Jessica’s first movie, Lure. Kristina was working at a different production company, that let us use their offices for Lure, so we sat together everyday for a few months, working side-by-side.

The more that we hung out, the better we realized, we worked well together. We compliment each other, because we each have different strengths.  During Lure, we became really close friends, and after a few years, we decided to open our company together. We feel so lucky that we’re able to work together, and enjoy the work that we do, so we’d say that it’s going really well.

With several films in development, what are the short and long term goals for Two Chick Pix?
Our short term goals are to finish production on two of our slated titles, this year. Our long term goals include our distribution company, which we are currently opening.  We intend to produce and distribute our own content, while helping other indie filmmakers do the same. 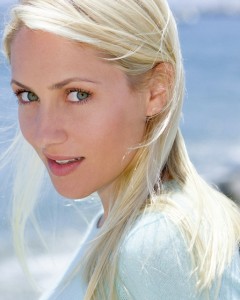 Jessica, you wrote, directed, and are starring in “Alice D.”  How was your directing debut?
JESSICA: I had the best cast and crew for Alice D., they made the whole experience a lot of fun.  My favorite thing about directing, is working with actors.  Acting is such a raw art form, and I love seeing people transition into these characters and situations, that we’ve created.  Of course, with Alice D., our cast is so talented, I didn’t need to do much facilitating.

It was an amazing experience working with such a talented group of actors, and with the support of our crew, I think we were able to make a really amazing piece of art. 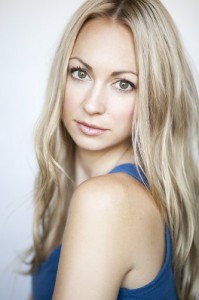 Kristina, as an established actress and now a producer, do you see yourself doing any writing, directing, or any other specialties?
KRISTINA: We’re currently in development and pre-production on several projects, and although I don’t see myself as a writer, I’m always helping with story ideas, and script development on our projects.  As a child, my aspirations were to become a director, so we will see what happens in the future…   I think the reason I pursued producing first, is because I was mentored by producers, such as the famed, Frank Yablans. 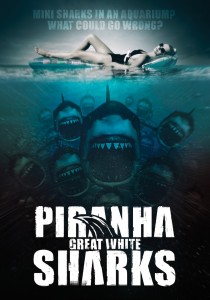 Both of you are in Leigh Scott’s upcoming “Piranha Sharks.” Even though the title says a lot, can you share more about the film and what to expect?
Both of us were so excited to be cast in Piranha Sharks, and to shoot with Leigh, and much of the cast, again.  Jess had already worked with Leigh on The Witches of Oz, and Kristina on Penny Dreadful, and since Leigh uses a lot of the same actors, many of whom, we are also friends with, we knew we were in for a really fun experience.    We also got to work together in most of our scenes, so that’s an added bonus.

The script is hilarious, and filming went really well.  We play super sexy parts: we’re strippers, so it was nice to put down the producing hats, and just let loose, and have fun.  Everyone is in for a treat, on this one, Leigh is one crazy mastermind!

Keep checking their website along with Jessica’s site for exciting new developments.