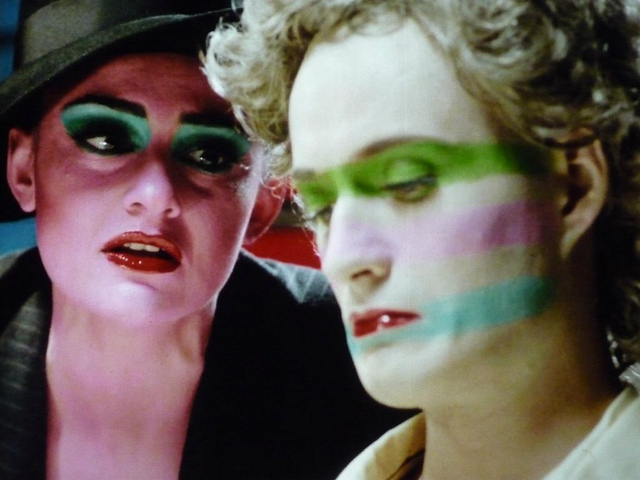 Many publications have been posting pieces about the artist’s life and work — here’s a compilation of his Polaroid portraits, for example — but one creation that seems to be grabbing the most headlines is a new film called Andy X.

Helmed by Jim Sharman (director of The Rocky Horror Picture Show), this film is also a musical (oh, dear), and it’s “inspired by” Warhol rather than based on anything he actually said or did.

The Guardian calls the movie “another regurgitation of empty Andy, glamorous Andy, fame-obsessed Andy.” That review may not prompt you to dish out $6.99 to watch it, but you may want to at least chuckle at the trailer:

Interestingly, this is Sharman’s first film since 1981’s Shock Treatment. A deluxe edition Blu-ray with extra features is in the works.