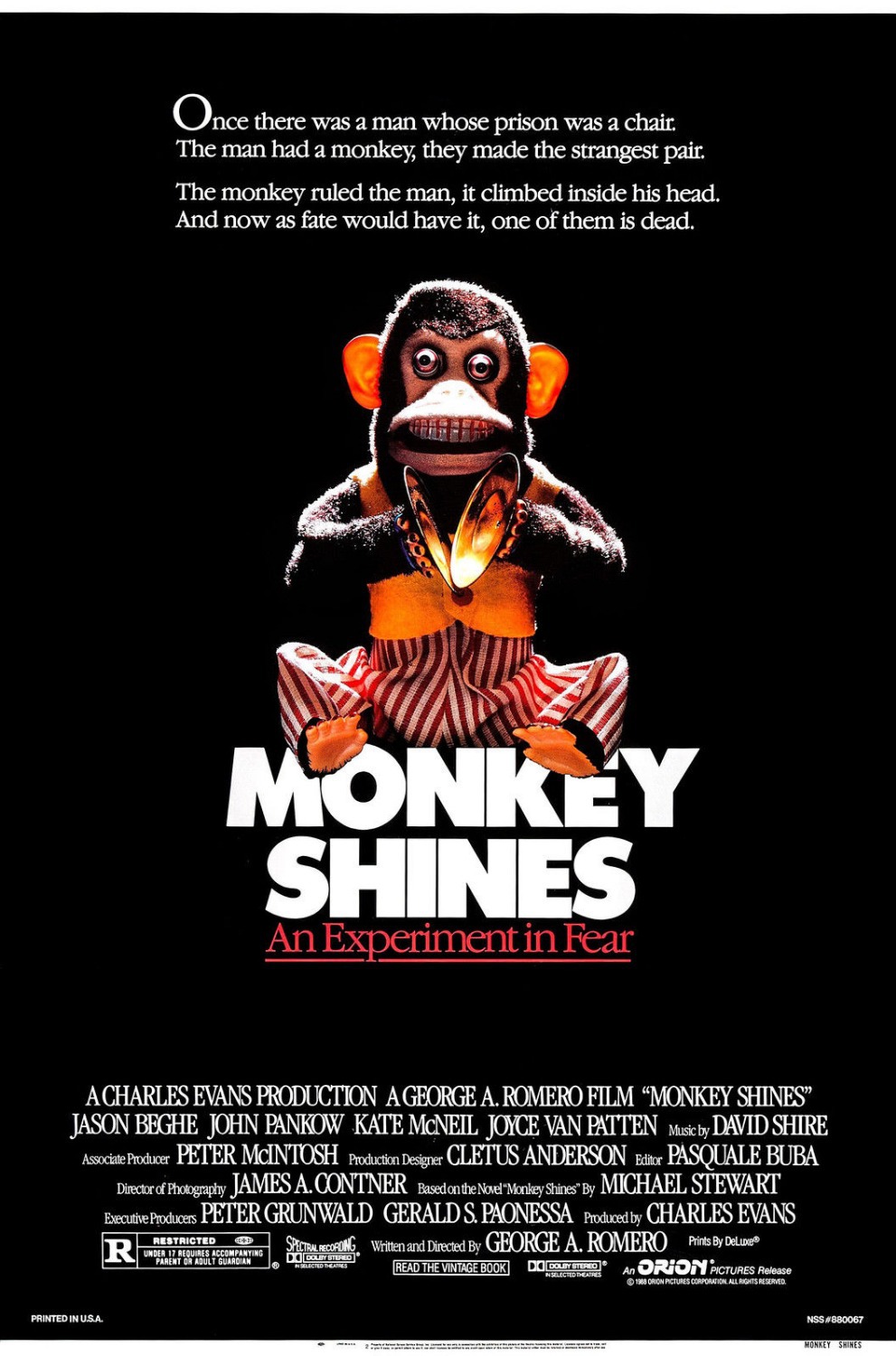 George Romero does an excellent job of swapping Zombies for Monkeys. This film may sound ridiculous in the most preposterous way. But then again, we now live in a world of Snakes on a Plane and Burning Bright, so this is a little easier to swallow. In its genre, it is one of the best examples, and I’m not just talking about killer animals. I’m also referring to the stalker/obsessive partner/friend genre.

What Romero does brilliantly, is to take a number of characters and the audience on a journey of emotions and self discovery. For example, I started off wanting one of these monkeys. The relationship built up is a genuinely loving one. It’s really cute, and this could easily be one of those lifetime inspirational movies. If the monkey wasn’t a genetically modified, telepathic, homicidal, psycho monkey. The well trained monkey takes us from tragic victim of experiments, to a loving carer. We get a wonderful cleaning montage, as the monkey helps the friendship expands. The monkey’s obsession grows steadily. It starts off with a few temper tantrums and escalates into bananas in the slippers. Soon bananas turn to murder. It’s the evolution of all species.

None of this would work if it wasn’t for a dramatic human connection. Beghe is a law student/athlete that is paralysed. He goes through acceptance, denial, frustration, which is understandable as his girlfriend leaves him for his doctor (a sleazy Tucci), he gets a patronizing nurse, and then his overbearing mother. It’s great to see how the characters react to Beghe’s quadriplegia, as it enforces Beghe’s later anger. Beghe also does a terrific job of facial acting, which is most important as he can’t use his body. In a single look he can convey the embarrassment of his mother having to wash him.

On the surface, this is a story of a monkey being a bitch to a cripple. But look deep down, REAAAAAAALLY deep, and you’ll see a social commentary. For a long time, the monkey is the only one that treats Beghe as an equal. It doesn’t throw money at his problem, try and cheer him up, nor can the monkey do everything for him.

Romero fills the film with dread, absurdity, and most of all a serious edge that clearly does the film justice. It’s easy to mock this film. But the truth is, this could actually happen. Monkeys are creepy and untrustworthy.