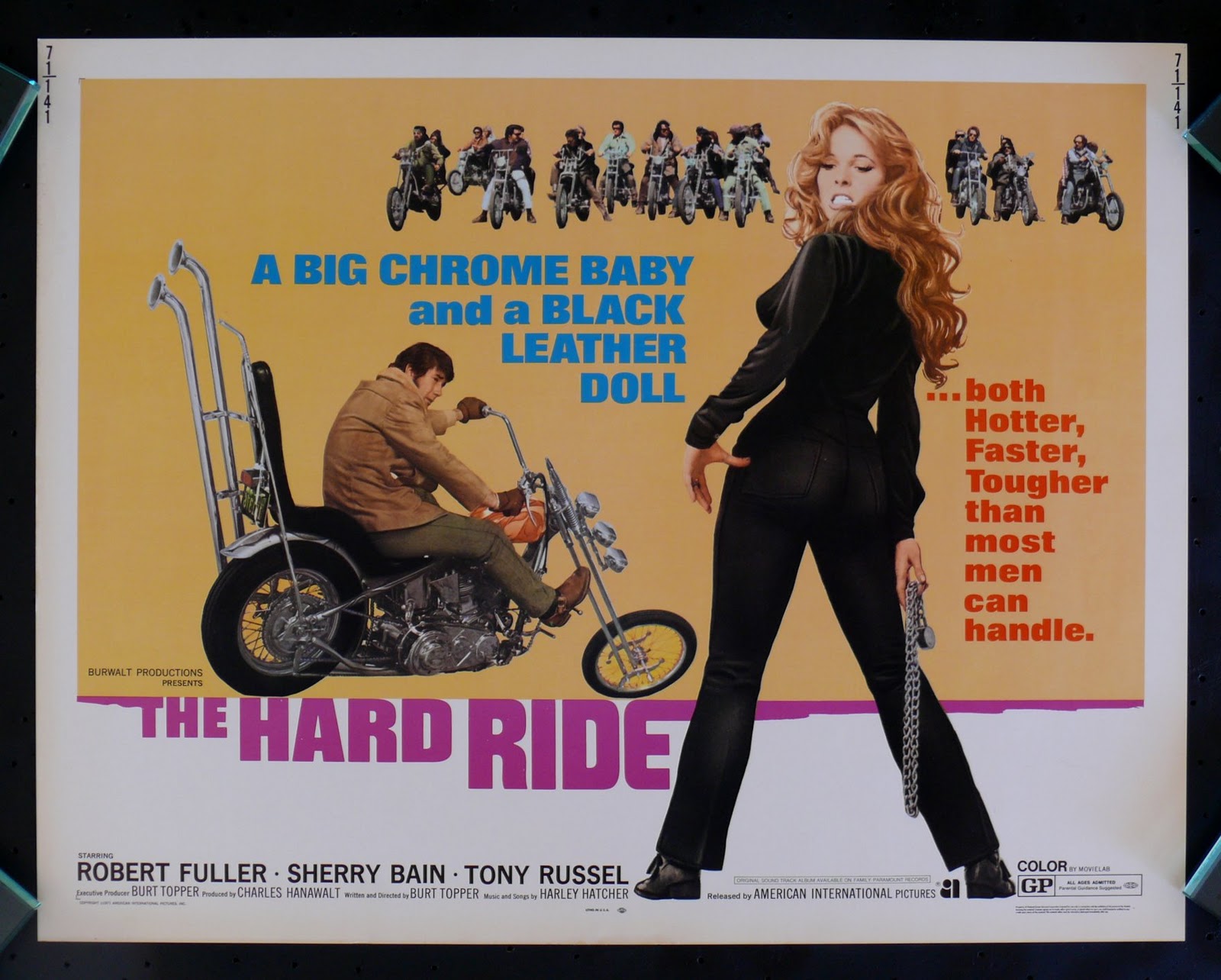 If you’re looking for something a little different from the typical late ’60s/early ’70s AIP biker flick, then ignore any negatory comments about this film and track yourself down a copy. (As of April 2006 Sony/MGM has yet to release it onto DVD; it was only available about 10 years back on VHS from the now-defunct Orion, who then had the rights to the AIP library, which MGM then subsequently picked up.) Yes, this film is not so heavy on the exploitation elements as others of the genre (e.g. “Satan’s Sadists”, which I found to be abysmally dull and typical of the inept hackwork of the ‘great’ Al Adamson – the title’s the best thing about that film). Not that it’s lacking in violence, sex, drugs and general sleaziness (there’s even some brief topless nudity); it’s just that this film also has some other things on its mind – LIKE TELLING A STORY.

Gravelly-voiced Robert Fuller (soon-to-be of ‘Emergency!’ fame) stars as a returning Vietnam vet who, in accordance with a dying buddy’s wishes, takes under his care his dead friend’s chopper, named ‘Baby’. And what a hog! This is the kind of motorcycle that I used to fantasize about when I was six years old, with high handlebars, big pipes, long forks and a throaty engine. VRROOOOM! Fuller also hooks up (not in the literal sense, mind you – at least, not initially) with his dead pal’s old lady, one Sheryl, played by genre vet Sherry Bain, who is far more plausibly cast in the role than, say, Jocelyn Lane in “Hell’s Belles”. (Don’t get me wrong: I LOVE Jocelyn Lane – she is an uber-fox of the highest degree, but she is nowhere near as believable as a ‘motorcycle mama’ as Bain is.) Ms. Bain, with her tousled mane of real red hair and curvy but not over-endowed body, is beautiful, but not TOO beautiful for the role, with hints of wear and tear, some frazzled edges, but still radiating a healthy sexiness, albeit one with more than a hint of sadness and cynicism underlying it.

The film also deals with some interesting racial angles, too, that – to my knowledge, anyway – were pretty atypical for a genre picture like this one, and deals with them in an interesting fashion, if perhaps a tad bit too cursorily. For example, Fuller’s dead pal was black, and thus Sheryl, a white woman, was crossing the color line in her relationship with him. Later, encountering another black biker who makes an impertinent assumption in coming onto her, she is prompted to respond, “I wasn’t into him because he was black!” Also, the film’s MacGuffin (of a sort – he’s the guy Fuller and Bain spend most of the running time looking for), a guy who goes by the sobriquet Big Red, is a Native American (tribe not specified) – just another interesting detail in film whose genre is all too often portrayed as being as lily white as many eastern prep schools.

As for the exploitation angles, like I said, there’s plenty of substance abuse, some skinnydipping, a scene in a whorehouse (with the aforementioned nudity – hey, you could get away with more in the early ’70s with a ‘GP’ rating) and some fairly brutal and well-directed fight sequences (much better than just about any from other films in this genre and period). Plus lots and lotsa hogs.