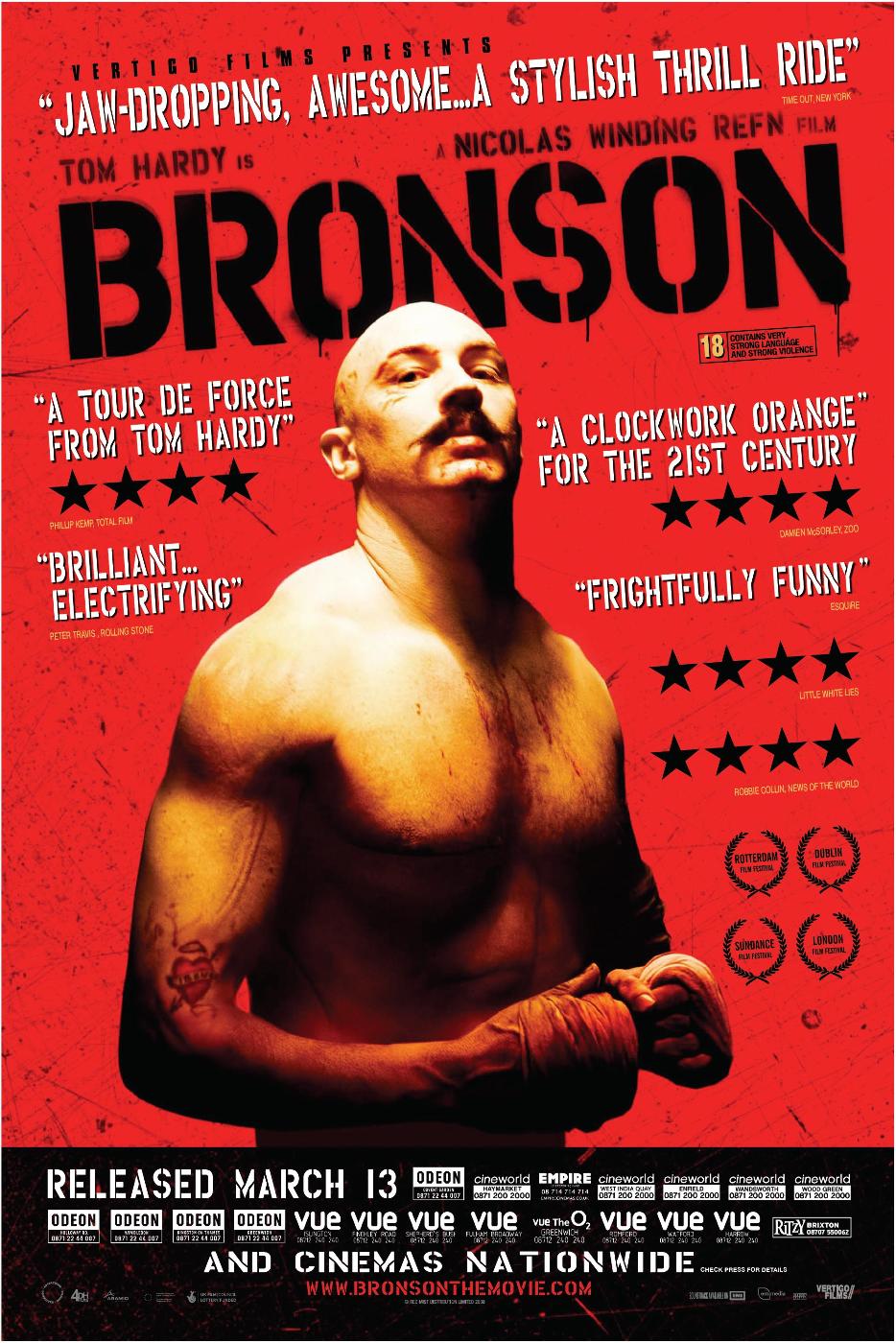 Bronson is one of the more interesting films I’ve had the pleasure of sitting through as of late. In the trailer (and movie poster), a quote can be seen where a reviewer called the film, “A Clockwork Orange for the 21st century.” That quote is really spot-on. There is a big Clockwork Orange influence in this film. While Michael Peterson narrates the entire film, the film jumps between what actually happened and Peterson performing in front of an audience in a rather large theater. The make-up, the setting, and Hardy’s performance are all very Clockwork Orange-esquire. Another film that came to mind was Snatch. The action sequences and a lot of the humor had a similar vibe to Guy Ritchie’s film. Bronson is very much its own film, but shares the same beloved qualities of the films mentioned.

Bronson is what it is because of Tom Hardy’s performance. He’s guiding you through his life, his dreams, and his goals while you’re with him the duration of the film, so it’s only logical that he steals the show since he gets the most screen time. The fact that he doesn’t waste any of it is something to be proud of though. He makes what would be a rather dismal story entertaining, exciting, and worth sitting through. Hardy’s performance is the highlight of the film. There’s really no questioning that.

Bronson was really a sleeper hit since its premise didn’t interest me at all, but it wound up luring me in with its trailer. It’s a very unorthodox type of film that isn’t like many other films out there. Films like Bronson think outside the box of normal cinema and is the type of gem you’d hope to find whenever you journey out to your favorite theater. If you’re looking for a film that is a knock-down-drag-out, eccentric, thrill-ride with a strong lead actor performance, then look no further. Bronson is exactly what you’re looking for.