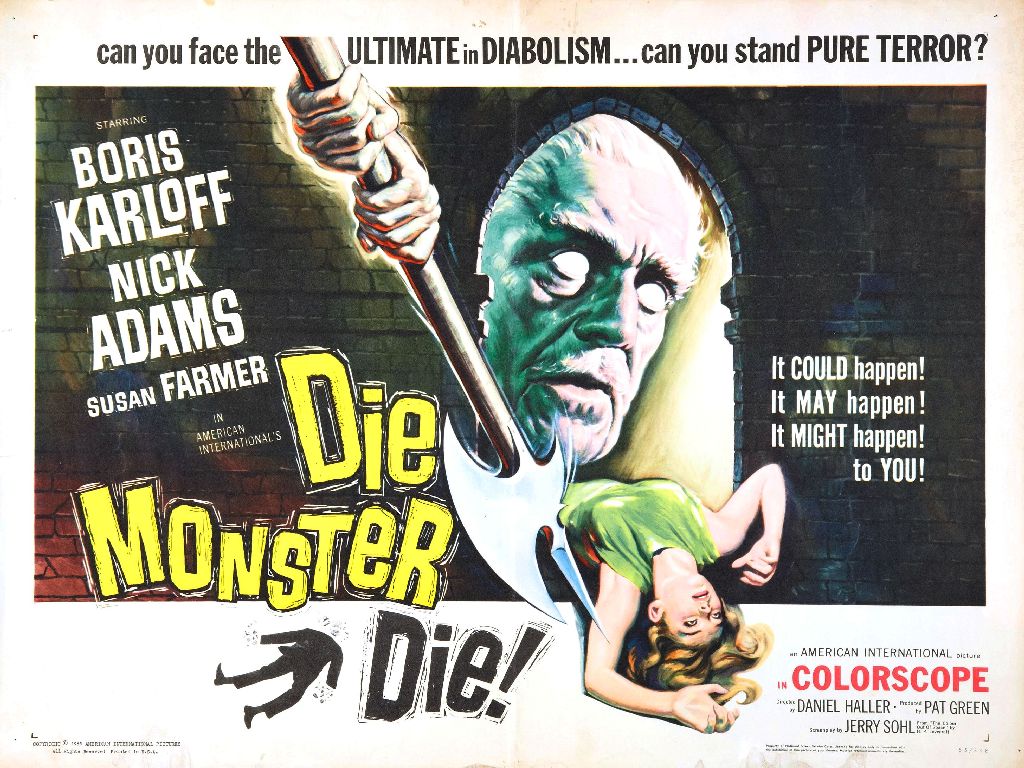 The American Stephen Reinhart (Nick Adams) arrives by train in Arkham, a small town in the countryside of England. He tries to travel to the real estate of a man called Witley by taxi or bicycle, but the locals are frightened by the name and refuse to help him. Stephen has to walk to the property and he is badly received by Nahum Witley (Boris Karloff), who is on the wheelchair.

Stephen informs that he had been invited by his fiancée, Susan Witley (Suzan Farmer), who welcomes him when she sees Stephen. The young man is summoned by Susan’s mother, Letitia Witley (Freda Jackson), who is very ill, to have a private conversation with her, and she asks Stephen to leave the real estate as soon as possible with Susan. Further he learns that the maid Helga has disappeared and the butler Merwyn (Terence de Marney) is also very ill.

Stephen notes that there are weird things happening in the house, with a woman in black wandering in the garden and screams during the night. He snoops around and finds the Nahum is using the radiation of a meteorite in the greenhouse to turn the wasteland into a place of beauty with giant plants. However the side effect of the radiation has killed Merwyn and affected the health and turned Helga and Letitia into monsters. Now Nahum wants to destroy the stone with tragic consequences.

“Die, Monster, Die!” is a good sci-fi horror movie with Boris Karloff. The creepy story has a promising beginning but when the mystery is disclosed, it is a little disappointing. I was expecting that Corbin Witley was behind the dark events but the plots changes to science fiction and becomes silly.