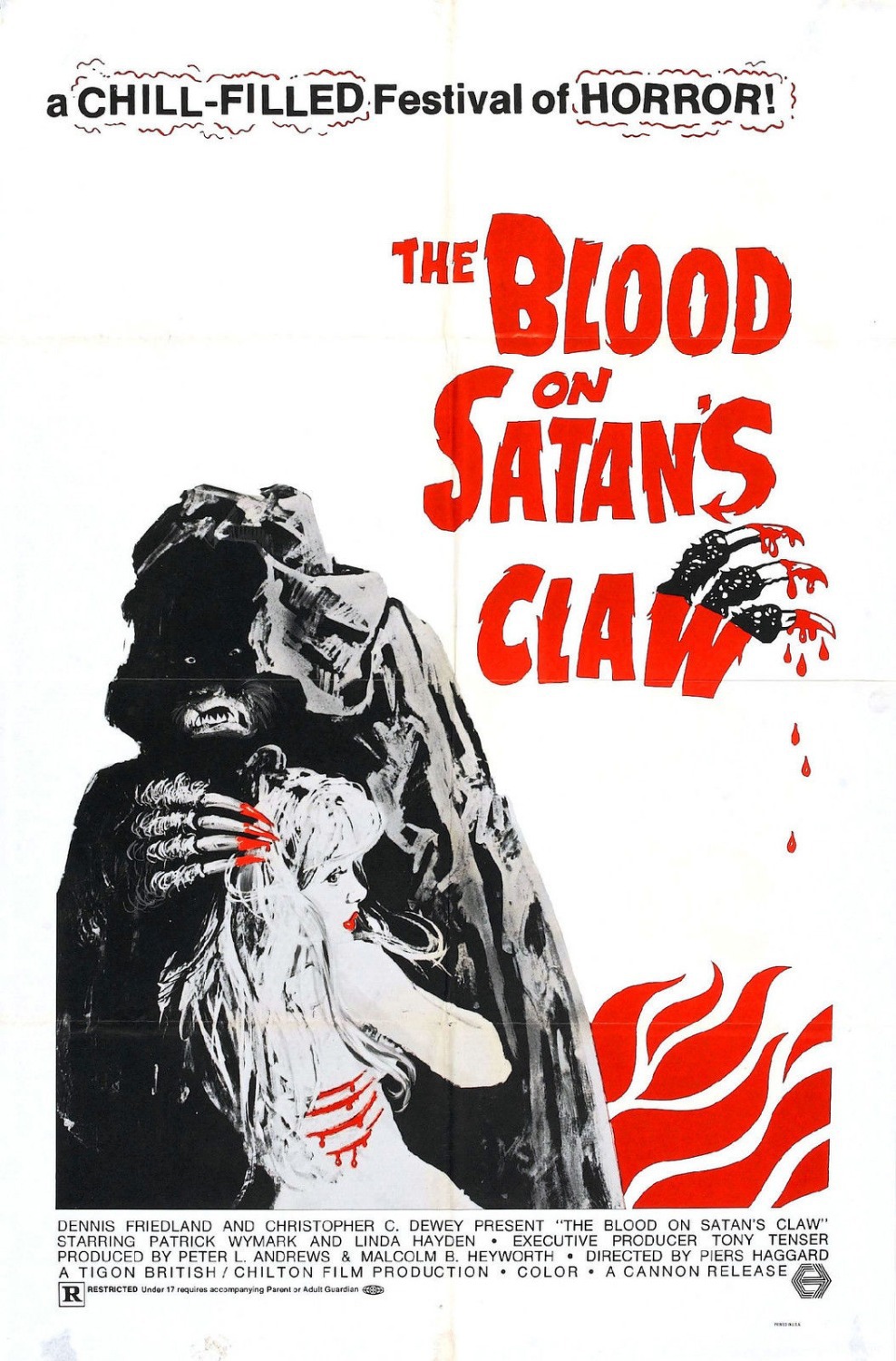 Real English countryside locations that breath ancient history. Old stone built houses, wild forests and mysterious ruins. Folk beliefs and practice of witchcraft and mysticism of nature. Now here’s an evil fairy tale that both looks and feels right. One of the best films in British horror genre with only a few others on the same line, like ‘The Witchfinder General’ and ‘The Vicker Man’. This is no way an ordinary horror flick, but bears its claws deeply into historical core of the witchcraft in Britain and uses its influences most efficiently.

Piers Haggard’s direction is not overwhelming, neither is it using loads of usual heavy horror gimmicks. It simply lets the story evolve more naturally with only a few necessary effects cleverly executed. The young actors are good and mostly unknown for me, except Linda Hayden disturbing the local priest and the whole farming community with her ways of black magic. She was also appearing in ‘Taste the Blood of Dracula’ as the figure of innocence corrupted by evil. A certain sense of innocence is present here too in nearly all the people, even when cruelty takes place. It’s like simple minded children playing with something new and dangerous and not quite understanding the real state of madness until it’s too late. The young are constantly pushed and ordered by their elders, which makes the seek for rebellion and trying the forbidden more tempting. And still they end up even more possessed and ordered by Angel (Hayden), who clearly enjoys her new found form of twisted strength. Patrick Wymark’s firm judge, who tries to bring back the order through his stronger set of rules and valued formulas, may show up as the only savior. But in the end, is he really just the lesser of two evils? So a certain metaphoric message can be seen here if one so wishes. In a way by this kind of surroundings and people the whole story comes out as a bit more believable tale. All this doesn’t mean that the film isn’t enjoyably fun to watch too.

0 210
Leadership Or The Absence There Of