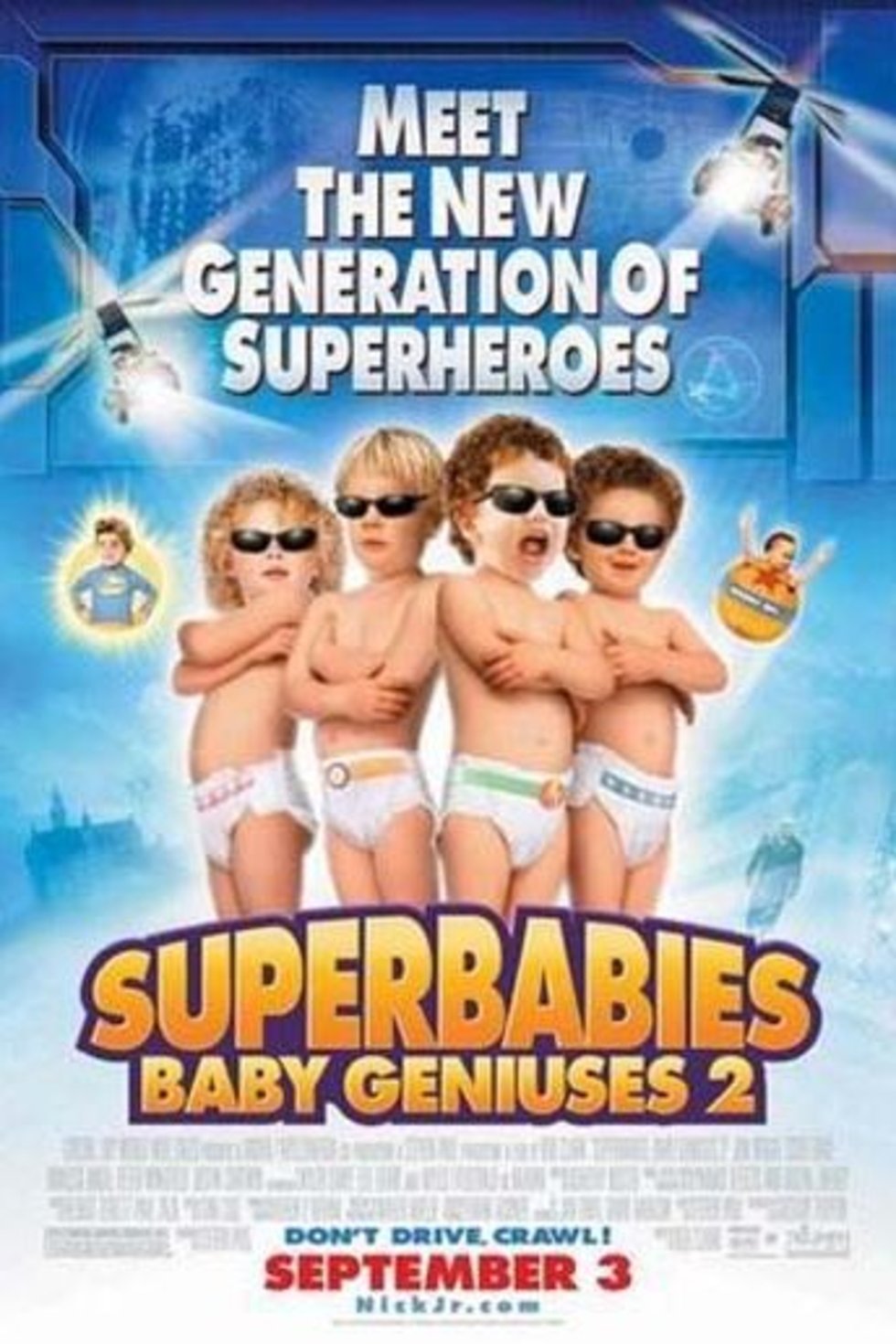 Babies start jumping at day-care center Bobbins World, in the stewardship of Stan and Jean Bobbins. (Stan’s brother from the first film owns the center but is busy saving children overseas.) The Bobbins are preparing for the arrival of Mr. Biscane, who, at this point in the film, is an internationally recognized advocate of children and orphans. Biscane has chosen the Bobbins’ upscale L.A. day care to premier his new television show for kids. Stan hopes the exposure will turn the day care into a nationally known brand, “the McDonald’s of day care.” Biscane has other ideas.

As the Bobbinses work themselves into a high-stress lather over the near visit, four smart babies:Archie, Finkleman, Rosita and Alex sit talking to one another in a play area. To the ordinary watcher, it looks as if they’re just talking baby talk. But Jean becomes convinced that they’re actually having a conversation. And she’s right: Archie is telling the other toddlers about the legend of Kahuna, a 7-year-old überspy who prevented the evil Nazi-like commander Kane’s plot to enslave orphaned East German children.

The other babies dismiss Archie’s tall tale. But they soon discover that Kahuna is no legend when he comes to their rescue—which they desperately need after getting unwittingly dragged into Biscane’s malevolent sights—tricked out with all the requisite Bond-like hardware, including a snazzy rocket-powered three-wheeler. Along the way, Kahuna empowers the babies to believe in themselves, revealing each one’s superpower!.

This movie is so great .I still do not know why it is heavily underrated. It was an enjoyable thing to do watching the movie on DVD and I am so certain it would be magical to see this excellent movie in 3D at the movies.