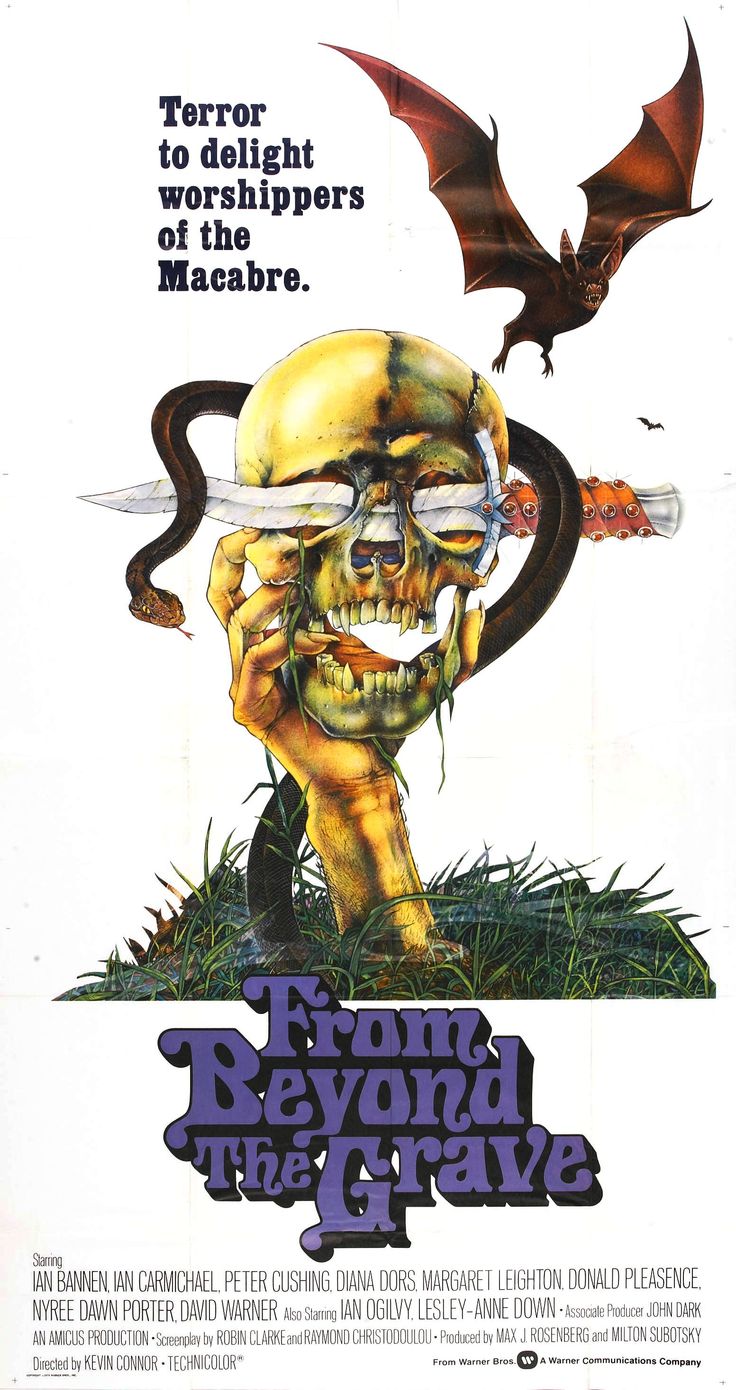 Four tales of terror revolving around an antique store owned by the grim-looking Peter Cushing where various characters secure objects without paying the correct price with possible doom awaiting them.

The first shopper, Edward Charlton(David Warner)is a smug, narcissistic know-it-all who procures a creepy mirror from Cushing which houses an evil spirit awakened when a séance takes place in the young man’s pad. This evil spirit requires blood and, through hypnotic suggestion, forces Edward to bring female victims back to his place for slaughter so that he can become whole leaving the eternal prison that has held him for so long.

Christopher Lowe(Ian Bannen)is an office manager stuck in a loveless marriage to Mabel(Diana Dors)where she constantly humiliates him in front of his son. He passes by Jim Underwood(Donald Pleasence), a street salesman(peddler)using his participation in the war as a means to increase his sales. Chris pretends to be some kind of would-be war hero by stealing an Infantry medal from Cushing’s shop and is invited to dinner where he meets Jim’s darling daughter Emily(Angela Pleasence, Donald’s actual daughter)..who just happens to practice witchcraft and is more than obliged to off his wife if Chris so commands. But, she works freelance and perhaps someone else would like to use her services..

Reggie(Ian Carmichael)switches price tags on these little cases so that he can pay smaller price for classier box of the two. On board a train he meets clairvoyant Madame Orloff(Margaret Leighton, playing her eccentric psychic to the hilt and beyond)who informs Reggie he has an “elemental” on his shoulder..this elemental must be removed before it takes over his host body. Not heeding to her warnings, Reggie returns home only to realize, after it tries to strangle his wife Susan(Nyree Dawn Porter), that what Orloff said was true. In a ruckus exorcism scene, Orloff removes the evil from his shoulder as the house is destroying itself. But, despite the Madame’s great efforts, the evil spirit might just find someone else to cling to..

William Seaton(Ian Ogilvy)seemingly purchases a sinister door(the film sets up the possibility that William stole some of his cash back when Cushing was off to get a receipt)which is to cover a stationary cupboard in his home. What William and his beautiful wife Rosemary(the truly lovely Lesley-Anne Down)do not expect is that, at the stroke of Midnight, behind the ominous door is a blue “ghost” room created by a man with evil intent. This spirit will seek Rosemary’s soul unless William can find a way to harm him.

Before each story, a thief is planning to rob Cushing only to find that the proprietor of this antique shop isn’t anyone to be trifled with.