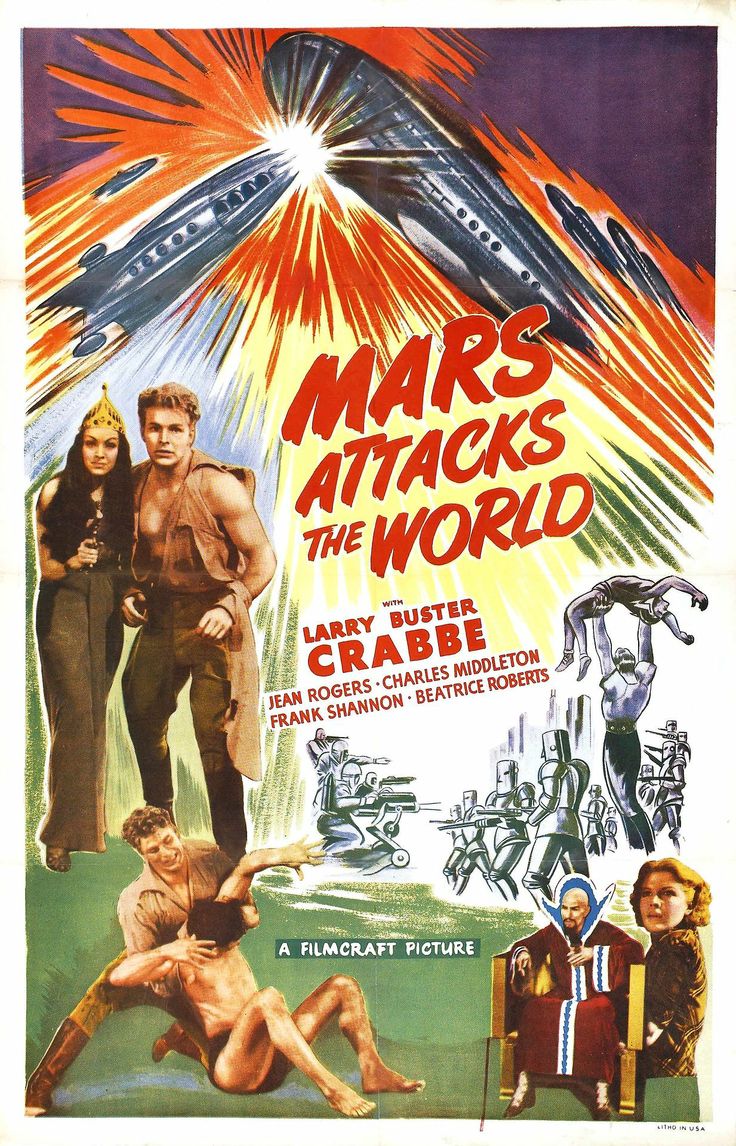 A large ray from Mars comes crashing through to Earth and messes up the atmosphere causing major storms, which could end up killing everyone. It turns out that Ming the Merciless (Charles Middleton) plans to destroy the Earth so a group of people led by Flash Gordon (Buster Crabbe) head there to do battle.

MARS ATTACKS THE WORLD is the feature length movie, which was taken from the serial FLASH GORDON’S TRIP TO MARS. As luck would have it, Universal managed to release this just a week after the infamous Orson Welles’ War of the Worlds prank so this feature version ended up doing pretty good business as people were a lot more interested in the subject.

As for the film itself, I’ve seen several features that were taken from a serial and more times than not they’re awful because they’re just so poorly edited and often they don’t make sense. That’s not the case here as the film actually plays extremely well and especially when you consider how much footage from the serial is thrown out to come up with a 67 minute movie.

This here plays out extremely fast and fun as the majority of the running time is all action. The Ming character would become a cult figure and it’s easy to see why since the costume is rather fun and Middleton does a great job with the role. Crabbe also manages to turn in a fun performance as Flash Gordon. The special effects are rather forgettable but that actually adds a bit of charm.

MARS ATTACKS THE WORLD certainly isn’t going to be mistaken for THE DAY THE EARTH STOOD still but it’s a fun little movie.