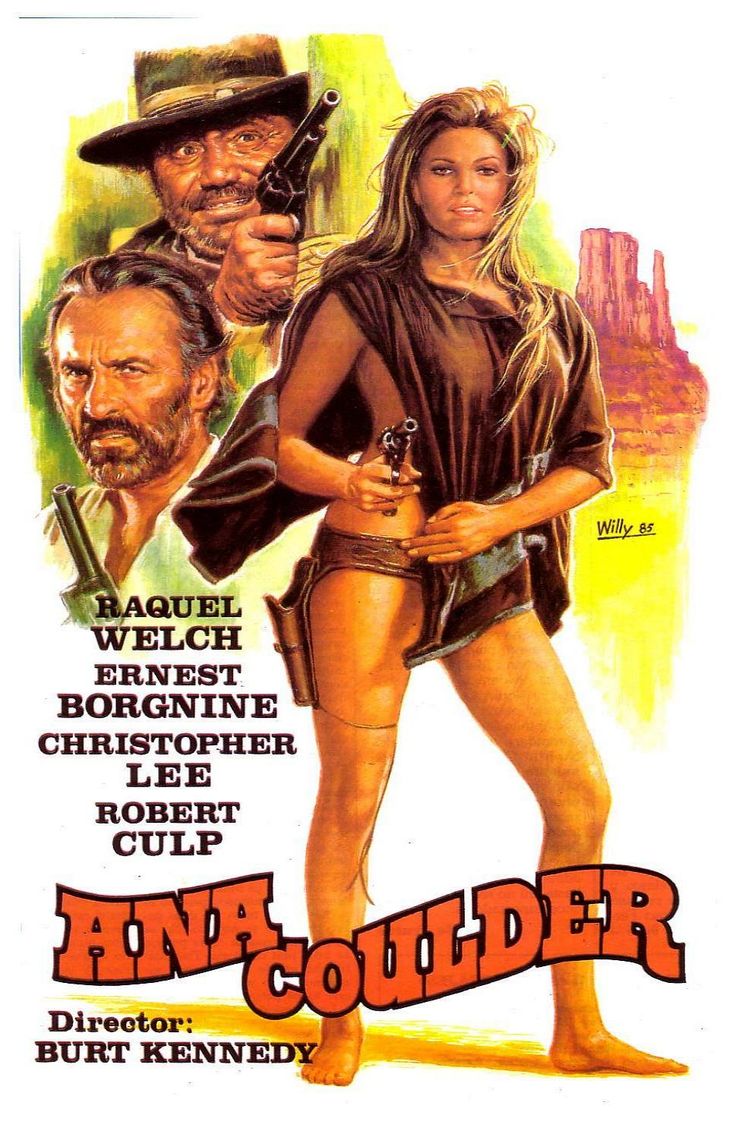 By 1971 the ripples the spaghetti western movement were in full effect in both sides of the Atlantic and Hannie Caulder is definitely a product of those times and the progeny of the films of Leone, Corbucci or Parolini more than the traditional oaters of John Ford or Anthony Mann. It’s evident in the bloody gunshots, the sexual violence and the way the revenge plot unfolds.

Undoubtedly part of the genre revisionism that turned the western upside down in the early 70’s is the genre reversal tactics that director Burt Kennedy employs. We had seen a woman adopting a traditionally masculine role in the bossy, no-nonsense, gun-totting saloon owner Joan Crawford played in Johnny Guitar. Hannie Caulder however takes a different approach and adopts almost verbatim the narrative skeleton of a typical spaghetti western – the anti-hero, traumatized by a past event, looking for revenge. Then proceeds to cast the beautiful Raquel Welch (and her tanned, well toned thighs) in a role that in Italy would have been exclusive to the likes of Franco Nero, Anthony Steffen or Maurizio Merli.

Three bank robbers on the run from the Mexican Federales stop in a horse station, kill the owner, rape the wife, burn the place down and leave her to die. A passing bounty hunter takes the wife under his wing and travels with her to Mexico to meet a gun maker that used to work for the Confederates. It’s there that the typical “training” part of the anti-heroine takes place and where she makes the turn from a “wounded animal” to a woman coming to terms with the path of revenge she has chosen. By the end of the movie Hannie Caulder has transformed to a gutsy, smart and wisecracking antiheroine and in no uncertain terms has embodied the “angel of death” aspect of the black-clad antiheroes of the spaghetti western – which is also evident in the final fight that takes place in the middle of a sandstorm.

A major asset of the film is the cast. Not because they turn in Oscar worthy performances – they don’t. But it’s always heart-warming to see so many familiar faces in the same film. Apart from the ravishing miss Welch, Christopher Lee appears in a brief role as the gunmaker (and it’s funny to hear his British accent so far removed from the foggy sets of Hammer studios), Ernest Borgnine yells his way through the film (annoyingly so) as the leader of the three bank robbers and Jack Elam and Strother Martin steal every scene as the other two brothers of this formidable trio.