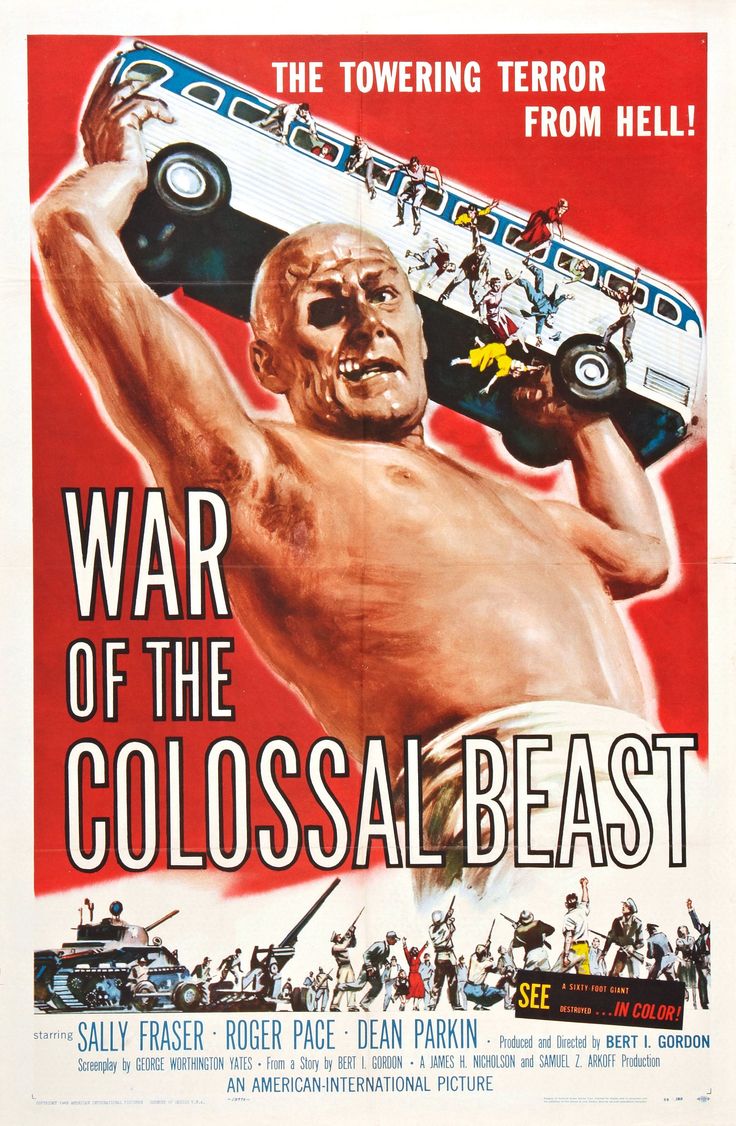 After being hit by a number of bazooka shells and falling some 700 feet from the top of the Hoover Dam 60 foot Glenn Manning, Duncan Parkin, somehow survived and ended up, flowing downstream, in Mexico. It’s there that Manning, the survivor of a plutonium blast, started raiding grocery trucks to fill his enormous stomach and keep from starving to death.

It’s when American gun club owner John Swason’s, George Becwar, grocery truck was snatched by Manning with his young Mexican driver Miguel, Robert Hernandez, losing his mind in the process that the truth came out that the big guy was still around and causing trouble. It’s Manning’s sister Joyce, Sally Fraser, who by watching a news report on the incident suspected that her “Big” brother had survived in his battle with the US Army as was now determined to find him. The final evidence that Manning was in fact alive is when Swanson’s dismantled truck was found with a giant fingerprint indented in it that matched the so-called deceased Manning that was proof positive that he in fact was alive. The problem now is how to apprehend him and bring Manning back to the US for farther study! In how plutonium rays effects the growth process in both man and animal!

Manning is fit to be tied, and is, as he’s brought back to the US, after being captured in the wilds of Mexico, in a giant US Army cargo military plane to L.A. Despite all the precautions to keep Manning, who lost an eye and half of his brain in his battle with the US Army, “tied up” he escapes, twice not once, from his confinement as he causes havoc all throughout the L.A district. ***SPOILERS**** In the end Manning just got sick and tired tearing the city apart and seeing that there’s no future in him being the biggest guy in the neighborhood he did the only thing left for him to do. With him destined to go through life wearing a giant makeshift diaper, since there’s no clothes that can possible fit him, Manning put an end to it all by electrocuting himself, by grabbing a live 50 foot power line, and did it in living color!

The most unusual thing about the movie “War of the Colossal Beast” is that its star Duncan Parkin as Glenn Manning was overshadowed by actor Glenn Langan who played Glenn Manning in the previous movie that the film was based on “The Amazing Colossal Man”! In fact it was Langan, in a number of long flashbacks, that had more screen time as far more lines in the film that Parkin did! There’s also in the movie George Becwar as gun club and truck owner John Swanson who three years earlier became immortalizes, in bad movie lovers circles, as the overstuffed and arrogant Prof. Valadimir Strowski in the Ed Wood bad movie classic “Bride of the Monster”. It was Prof. Strowski who ended up being a victim of what the films star Bela Lugosi, as Dr. Eric Vornoff, called the “product of my genius” the alleged “Monster of Lake Marsh”. Which in fact was a rubber motorized octopus with its motor conked out!