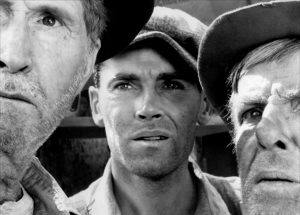 I know fully well times are a changing, and some of us feel it is not for the better. I have heard rumblings in the news releases this week and have been concerned deeply about the viability of North American based theatre chains without a singular universal body who can speak for it.

The Global Cinema Federation, a new group representing movie theaters around the world, hopes to put some lobbying weight behind industry issues that cross borders. With those issues in mind, it makes sense that a new global coalition is hoping to bring together some of the world’s largest movie theater chains under a single umbrella.

The Global Cinema Federation, a group that will represent movie theater owners in 90 different countries and territories,will help the industry formulate a consistent point of view on the regulatory issues that could challenge or define the industry in the years to come. The group counts numerous major movie theater chains—including the well-known U.S. chains Regal, AMC, and Cinemark—along with the National Association of Theatre Owners and the International Union of Cinemas as founding members.

“Cinema going today is a global and dynamic phenomenon, with growing annual box office returns of $38.6 billion increasingly evenly spread across the world,” the group explained in a statement to The Hollywood Reporter. “With the rapid development of the industry in Latin America, Africa, and the Asia-Pacific region, the operators involved recognize the extent to which the business opportunities and policy challenges they face—such as film theft, technology standards, theatrical release practices, international trade practices, and the highly valued relationship with partners in film distribution—are shared by counterparts across territories.”

The new organization, after getting off the ground, will target larger cinema chains, with the goal of making membership available to theater operators with more than 50 screens—though it plans to rely on volunteer support from chains, rather than member dues. The coalition, however, will make room for smaller operators as part of smaller campaigns.

Alejandro Ramirez Magaña, the CEO of the Mexican theater chain Cinépolis, came up with the plan for the new group, which expects to focus on issues involving piracy, exclusivity windows, investment, and relationships with studios.

“We decided to establish the Global Cinema Federation to give our industry a much stronger global voice in this new landscape and will in the coming months actively reach out to leading operators and their trade bodies around the world to establish an inclusive organization that is able to speak on behalf of a large share of the global cinema exhibition community,”Magaña said in a statement to Variety.

I worry deeply about the independents and the drive-ins under this model. I worry about the effectiveness of NATO as an entity and as a body of political and social influence. The ceiling of admission of 50 screens effectively leaves independents and drive-in’s without a voice or influence in the forum that will directly influence their future. It is globalization and for and industry which has always been strongest when it serves a local economy .

While many will argue that increased worldwide economic integration has some benefits for our fiscal efficiency, it will also create dependencies, vulnerabilities and social costs that far outweigh its advantages. If you take the long view of economic developments such as technology-driven progress, the offshoring of jobs, and free trade, you can see that these policies are leading to worldwide economic and political instability, in much the same way as before the Great Depression by eroding local foundations of the economy. Independent cinemas are one of these foundations.

Just as large box stores decimated the downtown stores of many a small town, this trend of globalization of the theatrical industry will effectively snuff our the independent theatre and replace a century old tradition with either nothing or an lifeless corporate facade of a multiplex.

I am going to offer an alternative, a perspective and industry approach that I think is necessary for independents to take.

I think it is time for both drive-ins and independent to come together and firmly reject the globalization trends and demand that their theatres truly serve a local audience. In countries like Argentina and Norway when theatres did this they saw a 20% growth of box office on average. It is time for the independent and the drive-in to stop playing second fiddle to the chains and to Hollywood.

Co-operatives are autonomous associations formed and democratically directed by people who come together to meet common economic, social, and cultural needs. Founded on the principle of participatory governance, co-ops are governed by those who use their services: their members.

Based on the principles of empowerment, education, and community, co-ops operate laterally promoting participation both within their own organization, and through a focus on community interaction, and support. Under Federal law it just takes three members to form a legal and enduring co-operative.

Most independent cable television are members of a co-operative. This co-operative negotiates with equipment vendors and programming suppliers. It is a buying group that can take it’s collective heft and demand discounts and volume deals with organizations like ESPN and HBO. They also lobby the FCC and other government entities .This is the exact model that the independent and the drive-in need in order to effectively navigate the approaching film economy.

In other countries the formation of co-operatives has effectively stopped the encroachment of globalized businesses and have prevented the destruction of the local retail economy.

It is time for the independent and the drive-in to abandon the existing organizations that claim to represent them and it is time to chart their own path. It really is the American thing to do.