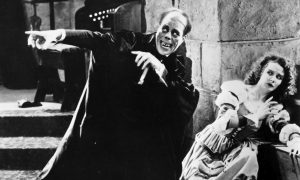 I was sitting with the owners of 52 restaurants last week and I encouraged him to look at partnering with theatres in the area of food services. I told him how the industry was integrating with a restaurant concept and it seemed to a trend that was really catching on.

He shot me down pretty fast and said “but people try it once but don’t really like it” He told me of his experience , it was dark, it was messy…..he was irritated by the people next to him first making noise with the packaging and then chewing the food. He felt it was a trend that would not last because it diminished the experience. He went on to say that it might be cool if one theatre in a city had this offering but every theatre, that just did not make sense. My gut reaction was to disagree with him but given my respect for this seasoned food operator I decided to give the whole idea of meal delivery in theatres a second look,

His closing statement really resonated with me, if the theatres are really to be experiences why did they all have to be the same. That hit me like a ton of bricks.

Before I had this discussion with this fellow, I was on a call with some theatrical analysts and theatre operators who were praising the movement on dining in theatres and luxury seating. About 20 people were on the call and they all marched lock stepped in favor of the integration of dining with movie going. There was one very vocal dissenter, a very pragmatic operator of a chain of ten cinemas. As I listened to him I heard his frustration that this business he obviously was very passionate about was heading in a direction which he felt was not right. Of all the speakers on the call his viewpoint was the one that I thought had the most thoughtfulness attached to it. He said he was not going to install luxury seating nor was he was going to offer meal service. He was going to let his theatres be theatres.

What struck me is that his clear massage was that conformity has severely damaged this business and promoting it further caused stress on an already financially stressed business. What immediately jumped to my mind was that the industry was complaining about the conformity of the product coming out of Hollywood, yet were jumping head long into conforming all their theatres to look and feel the same. The hypocrisy of this kind of jumped out at me.

If we were selling ketchup, I would saw that conformity was a good thing, but we are not….we are selling experiences based on the needs and perception of the communities we serve. The movies are just the medium but we as show men and show women have to think more globally. Again one of the big fears I have is that one day the movie going consumer will look up and see where they are sitting and realize that they just paid $14 for the pleasure of seating what is an environment like their family room.

If the majors force the industry as a whole to follow the path of physical and product conformity, they I would raise the point that the exhibition industry is doing the same thing that the studios are being castigated for. While on the surface the industry clamors for diversity in reality it is heading into a lemming like sense of sameness. I saw an article on Celluloid Junkie www.celluloidjunkie.com written by the more than perceptive, Patrick Von Sychowski.

In 2016 Patrick wrote of the rise of the microcinema environment in China. A microcinema is defined as a screening environment which has within it 50 seats of less and often is located in non-traditional space. The movies screened can range from cutting edge experimental films to pirated copies of current releases. Patrick reports that in the Chinese city of “Changsa is reported to have 110-130 micro cinemas with some even quoting a figure of 200 for an urban population of about four million. Overall there is estimated to be over 1,000 micro-cinemas in China (each one having several screens), compared to 80,000 KTV (karaoke TV parlours). Though with KTVs only having a vacancy rate of 40% there is scope for re-purposing or dual-purposing some karaoke rooms into micro cinemas.” .

What is interesting is that this phenomena is cropping up here in the USA. Cities like Cleveland, Cincinnati and Milwaukee has within them a burgeoning micro cinema movement. Fueled by the Millennial quest for uniqueness and experiential environments , movie fans as slowly abandoning the conformity of the major theatres chains and are defining their own experiences. Now I am sure that these microcinemas are not making currently much of an impact but what they are doing is training audiences for alternative screening venues…..unique and funky screening locations. Locations that are compelling for Millenial and Gen Z audiences….you know the audiences we as losing.

At the Trylon Microcinema, a 50 seat microcinema in Minneapolis they are screening today, Creature from The Black Lagoon, The family animation Top Cat Begins and It Came From Outer Space. It should be noted that they are screening Creature in 3D. As a die hard cinephile I find this more than intriguing…and I should note there is not one luxury seat nor any overpriced chicken fingers to be seen.

I would challenge the exhibition industry to think about being exceptional instead of conforming their business model. This is a time when innovation should hold sway…. and that is not by offering product and an experience that is the same as the next guy.