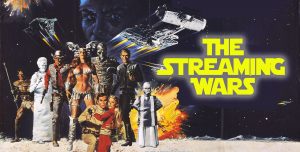 Last weekend, alongside millions of fellow movie goers worldwide, I sat in my local independent movie theatre and watched the latest installment of the Avengers. My wife and I went with a couple, one of whom is a die-hard Marvel movie fan. I listened to this fan’s reaction and it was soon obvious that they were far more engaged in the movie than I was. At the end of the picture, as the climax revealed itself I heard gasps and light sobs. I beat a retreat as soon as the credits rolled and I had to wait as our companions insisted on watching the entire credits in the hopes of getting a taste of what was to come.

As I waited I began to think about the Avengers: Infinity Wars. Something was odd about its structure. If I had never seen a Marvel movie, I would be totally lost. The movie as a story by itself was more than a confusing mess, but in the context of all the Iron Man, Avenger, Thor and Guardians of The Galaxy movies it played.; There was no character development, that was done in previous installments. The scenes with any specific character were no more than five minutes and it rolled on the screen in a hyperactive and frenetic manner. Something was different and then it hit me…..this was not a movie it was an episode of a binge watchable TV series that might play better on a streaming service than a theatre. This chilled me.

I have watched the machinations of Hollywood for awhile now and have realized that their efforts were no longer focused on the big screen, but on having a direct link to the consumer. With the cascade of tent pole movies, Hollywood has been slowly shifting the outlook of audiences towards a branded stream of entertainment as opposed to a singular story with a natural beginning and end. No longer is storytelling truly important, what is important is the ability to create a CGI emblazoned pipeline that consumers would hungrily consume.

At the end of Casablanca, the lead character Rick Blaine is forced to endure an impossible decision. You can feel the palpable anguish as he convinces Ilsa Lund to leave for Lisbon without him. The anguish and sacrifice is etched on his face, saying the words you know he has been practicing making his way to the Casablanca airport. The poignancy of that impossible decision is something most adults can identify with. That decision is hard, brutal, and necessary. We empathize with Rick and for a moment become Rick as he says goodbye. I wonder if moments like this on the screen are lost in history as Hollywood changes its business model.

When a public company files it quarterly report, analysts get on a call with the company head honchos. During Disney Company’s quarterly earnings call in November , Disney head Bob Iger dropped some news for the ravens of Wall Streets to hear. The biggest news was that the company had just closed a deal with writer-director Rian Johnson to create three new Star Wars movies. Iger also announced that Disney was developing a series of original television shows for its upcoming video streaming service which launches in 2019. They include a live-action Star Wars television series headed by Jon Favreau, a new Marvel based TV series, and a couple of shows based on High School Musical and Pixar’s Monsters Inc.

In August Netflix’s stock price took a deep dive when Disney announced it would be ending a 2012 deal that brought all of the studio’s films exclusively to Netflix. Losing Star Wars, Marvel, Disney’s live-action movies , and Pixar’s many franchises is a huge blow to any streaming services, but for Netflix the even more ominous news was the revelation that Disney was building its own streaming service, on which it’s Marvel and Star War’s Franchises would be exclusives.

Netflix, announced that it would either acquire or produce 700 original new shows in 2018/2019.

Netflix intends to invest heavily in new content in order to stave off the machination of a ravenous mouse. In Netflix’s most recent letter to shareholders, dated April 16 2018, the company states “Our debt levels are quite modest as a percentage of our enterprise value, and we believe the debt is lower cost of capital compared to equity.” Netflix plans to spend $8 billion on up to 700 new original shows in 2018. Last week executives at Netflix made the proclamation that they intended to spend whatever it takes in or to maintain their market share.

There are indications that Disney will be purposefully seeding another streaming service, Hulu, with is adult product. This makes sense now that it now owns 50% of due to the Fox acquisition. By placing it’s adult themed product with Hulu it will be able to erode the top end of Netflix’s business. It’s a pincer movement that will provide much anxiety and anticipation in the market. While Netflix sits at 125 million subscribers, Hulu’s stake with shows like the Handmaids Tale is rising with a now healthy 55 million subscribers.

Youtube, owned by Google also intends to weight into the fray. With it attempting to re-invent its still born service Red and they have now begun bundling it’s own cable offerings, Youtube is taking a page from it’s parent company and will evolve into a vast entertainment portal. As you will sopping up the digital gravy with a biscuit.

As the competition for the streaming market heats up there will be a natural temptation for Hollywood to move product away from the big screen to the small screen. The final push for full day and date will occur. Netflix and Disney will go toe to toe with each other. Carnage and confusion will ensue. If theatres are not prepared with strategies to counter this deep industry change they will become collateral damage in the ensuing Streaming Wars.

This is a well laid out strategy. Net Neutrality has been dispatched, media consolidation has been achieved, viewing habits have been altered. Now the battle for consumer’s hearts and minds begins.

Off to the side sits Amazon with 90 million Prime subscribers. Amazon still feels that movies should be on the big screen.

The war is coming, it is time to prepare.

0 37
Manning up for The Expendables 2