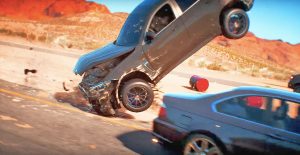 I found myself on a whirlwind tour of Texas this week. Texas is dry, it is sprawling and produces an interesting dynamic of people. As I was driving to Laredo and really taking in the sprawling scrub, huge vistas and windblown towns, I saw an old theater on a side street in one of the many towns we drove through. The building was painted a gunship gray, the marquees were still in place but were missing panels…in front stood a glassed in ticket booth. The buildings next to the theater were in deep state of disrepair, part of a decline which was hastened when the theater closed its doors. There still was a beauty to this theater, a calling to re-light the marquee and a need to fill that Texas street with the smell of popping corn and the sound of an excited audience.

The theater stood there on the street, empty, waiting and exuding memories. I have been to many small towns in Illinois where this scene was repeated. You take a theater out of a small town core and it is only a matter of time before that downtown core stumbles and enters a period of deep decline. I have witnessed two instances when the re-launching of a downtown movie theater saw the beginning of the rejuvenation of the local economy. Theaters are not only holders of a great American tradition, but they are also a key element of local economic development. A thriving theater gives rise to the introduction of new local restaurants, bakeries, toy stores, coffee shops, and so much more. Theaters are a key contributor to any local free enterprise economy. There should be a major effort in revitalizing these bastions of Americana.

This week, those folks who for months now have rallied and complained about MoviePass launched a similar service. To me this smacks of hypocrisy given the level of protest emanating from the executive suites of AMC over MoviePass’s strategy. AMC revealed Wednesday that it will begin offering its own movie-theater subscription service to be oddly named AMC Stubs A-List, in late June. Stubs A-List (I cannot even type this without grimacing) is solely designed to counter MoviePass.

Of course MoviePass is working diligently to counter this effort by AMC.

But MoviePass and AMC are not alone fighting it out for moviegoers’ attention. Turkish subscription service Sinemia, revealed a new pricing model in a concerted bid to take on MoviePass. Now as an aside, why wouldn’t you re-brand the name of this service given the church going habits of a good part of America. To many consumers, this name which includes the word SIN is simply off-putting.

A sampling of studio executives have stated that they were bullish in general on subscription programs because of their theoretical ability to draw younger generations of movie goers. At the same time though, many studio executives have expressed deep concerns over AMC’s subscription model impact their theatrical bottom line. Insiders at two studios have expressed concern and are contemplating challenging the structure of the AMC service.

For $19.95 a month, Stubs A-List members can take in 3 movies a week. If they chose movie goers can see more than one movie a day and as well see the same movie more than once. Members must commit to at least three months. There is a premium version which includes, free refills on large popcorn, a series of reward points for buying concessions and sizing upgrades on popcorn and drinks.

Unlike MoviePass and Sinemia, Stubs A-List only works if you going to an AMC Theater.

AMC’s head honcho, Adam Aron, Wednesday ,on a conference call with Wall Street analysts stated the service was being offered “at a sustainable price point where we can be very confident that we will be profitable across the membership base and in turn can share that profitability with our studio and premium-format partners.” Personally, I think Mr.Aron is making a huge misstep and is going to fall on his own sword. He does not understand this business and is acting in a manner which is entirely reactive instead of being proactive.

While I do agree that the value proposition in movie going has to be re-defined and to be made more attractive to the consumer, these subscription services just smell of both desperation and confusion. As the services compete with each other, while the cost of movie going may lower, the value of the screen and the value of movies will be cheapened greatly. We must re-introduce a true value proposition into movie going on several levels; a more diversified product offering on screen, a focus and making movie going affordable to most families and maybe a strong re-think of our concession pricing.

What is happening now is that movies are being treated like a digital commodity by all the major players, what they are doing in essence is replacing experience with process. Given the rise of the experience economy, this is the last thing they should be doing. Movies aree not a commodity. They are art, business, and entertainment combined. They should not be handled in the same manner as wheat or pork bellies.

“Movies are more than a commodity. Movies are to our civilization what dreams and ideals are to individual lives: They express the mystery and help define the nature of who we are and what we are becoming.” I agree

It is Sunday morning in a small south Texas town, the dust devils wind down the street and passes a small gray theater, a small gray theater, that if re-activated properly can bring back life and energy to a now dead downtown. It waits, hoping that one day on a dark night the marquee can be re-lit and be a testament for all that can see….there is life here.

My book regarding the decline the American Motion Picture industry has just been published by Pulp Hero Press and can be purchased on Amazon, here