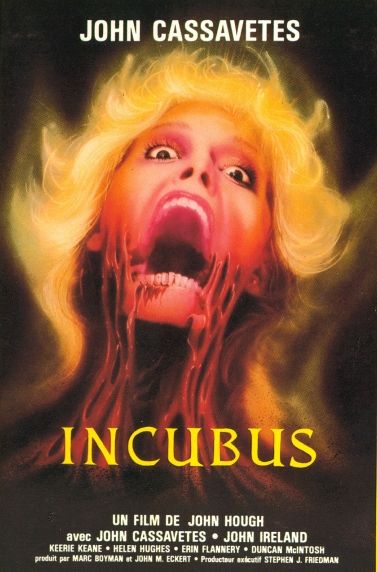 John Hough’s horror films are a mixed bunch, but this one is far more interesting than its horrendous critical reception would suggest. It is ostensibly a detective story of a small town policeman (John Cassavetes) investigating a series of unusually vicious rape homicides. Hough uses the structure to raise some provocative questions about penetration as violation. Sex and violence as one, forged and bonded in repression, resentment, sadism and envy.

The film is riddled with hints of the incestuous desire the protagonist has for his daughter. Hough thus plays with audience identification, seeking to implicate the viewer in a repulsive sexuality which, in a graphic morgue-table scene of a naked female cadaver, extends to incorporate necrophilia. The otherwise conventional plot is spiced up by a contemplation of p.o.v. as moderating aberrant sexuality. No wonder that critics and audiences found the film overly offensive and distasteful. Undeterred, Hough would treat similar themes in his equally maligned “American Gothic”.

Graphic, contemplative and unrelenting in its bleakly oppressive visual style, this is a disturbing film experience: one of the more confrontational of taboo-breakers dealing with the always problematic theme of sexual homicide.

Intriguingly enough, the film has some elements in common with Wes Craven’s “Deadly Blessing” released around the same time, and dealing with sex crime, isolated communities, deceptive innocence, female independence and role expectations, and the other-worldly demon, the Incubus.