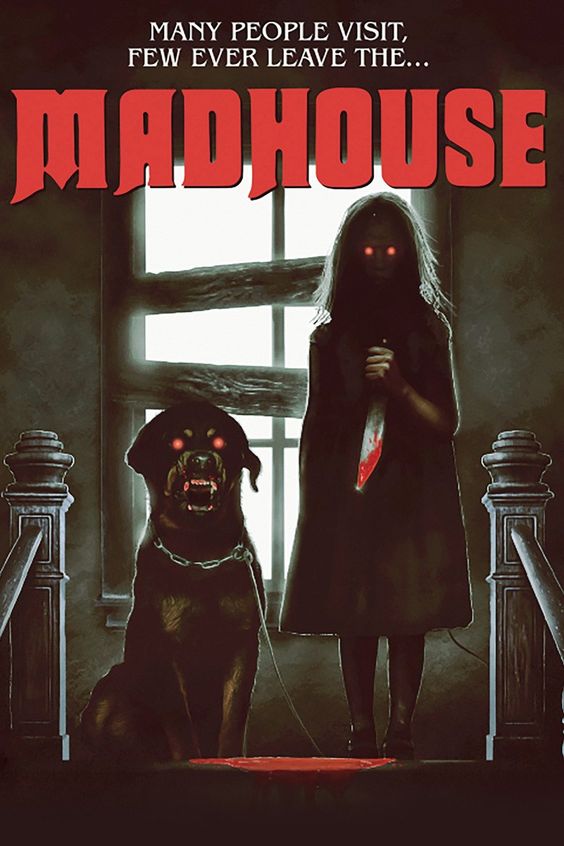 Julia, a teacher in a school for the deaf, has a hideously deformed and deranged twin sister that resides in the local loony bin. She escapes to gate-crash a surprise birthday party for Julia. Sort of like “Halloween”, but not exactly. This is more like the left-handed, red-headed little step-cousin through marriage. That is to say, a much lesser breed. (Some have gone so far as to call it a ripoff of “Happy Birthday to Me”, but that is unfair.)

In the world of Italian horror, the name Ovidio G. Assonitis doesn’t get floated around much. I mean, did you ever see the “Jaws” ripoff “Tentacles”? The one where Shelley Winters wears the giant hat? If you have seen one of Assonitis’ films, it was most likely one of these two. And even then, it was probably on accident unless you searched “Madhouse” out for being on the Video Nasties list.

Critic Jim Harper’s analysis of this film is well-stated. Harper describes the film, aside from the notorious dog scene (which is not as shocking as you may think), as “not quite so interesting”. He deems that the movie “can’t be considered a total failure”, which is a bit of a forced compliment. Really, the plot is not much to work with, and the only thing that distinguishes this film from other Italian films of the same period is the superior video quality (which looked great in 2008 and looks even better in 2017 thanks to the Arrow 2K restoration).

Harper understates the score of Riz Ortolani as “annoying”. While annoying is an accurate summary, this doesn’t really highlight the full extent of its inanity. What you will hear is an odd group of space sounds that would fit perfectly on an Atari game, such as “Asteroids”, but has no place in a movie of this kind — or maybe any kind. What is called “music” is little more than sound effects poorly strung together. This is a shame as Riz Ortolani was also the composer of “Mondo Cane” and “Cannibal Holocaust”, among many others, so he can clearly do better.

Fans and collectors of Italian horror or slashers will take delight in watching this one. Yes, it is poorly scripted, low budget and comes with minimal plot. But, frankly, this is something that makes the slasher film enjoyable. If this is what you’re looking for, give “Madhouse” (or “There Was a Little Girl”, as it is sometimes called) a try. If you’re looking for superior horror fare or a positive introduction to Italian horror, this is not it. Try some Fulci or Argento from this period first.

The Arrow Blu-ray features audio commentary with Justin Kerswell, author of “The Slasher Movie Book”, and his friends. We have a new interview with actress Edith Ivey (who recounts the way the director had to direct through an interpreter). There is also a new 18-minute interview with cinematographer Roberto D’Ettorre Piazzoli, who may perhaps be the one who knew the director best. And, surprise, a brief interview with Ovidio Assonitis himself (and his English is actually very good). The only thing missing is a chat with the lead actress (Trish Everly), who never appeared in anything else before or since. Where is she?

0 286
Confessions Of A Horror Host