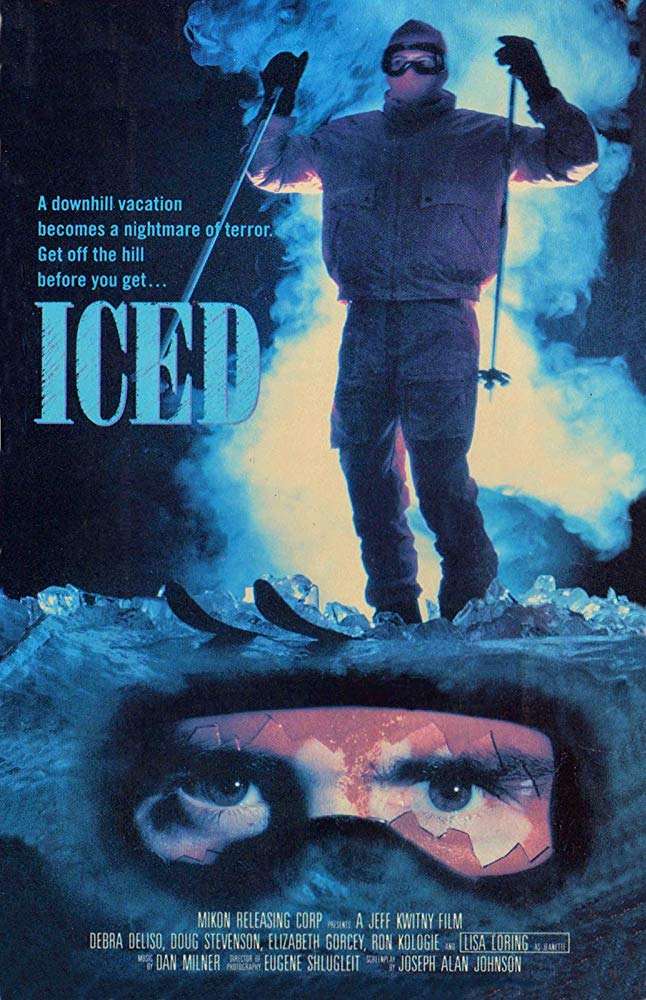 I was surprised just how good this movie was. A group of friends reunite for a get together at a lodge in the snow. We get to know these people, whether grudge holders, wild girls, vain types, through a generous amount of screen time. One of them a real arsehole, forces himself on a girl. You know he’s really gonna buy it bad as this group is picked off one by one in satisfying scenes of gore for the horror viewer. One of their late amigos got drunk crazy, one night, and challenged another guy to a race, where the friend died, years earlier. Did he really die and come back for revenge? The ones left, start to suspect other people in the group, and have good reason to, so in the thriller stakes, this is a nifty little chiller. They make friends with another skier who runs the place, and could be the key to the identity. The reasons for the killer’s motives I truly bought. An after ending scene, that takes place years later, the surviving couple who now have a child, are watching him build a snow man, when you know. This too leaves the mind wandering, “Is our nut is still out there?”. As a low budget cheapie, Iced is one you shouldn’t write off. A pretty decent horror, with a pretty decent cast too.