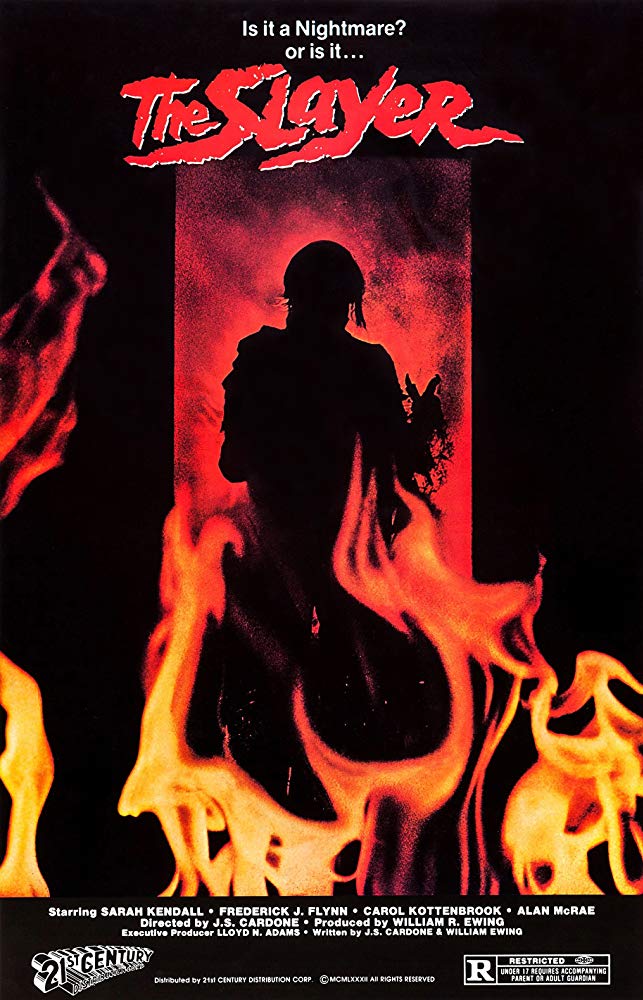 Four young people vacation on a barren island. One of them, a female artist, has dreams that depict ghastly murders. Sure enough, the fun begins when her boyfriend is found dead, and others begin to die, too. Soon, she becomes awear that something in her nightmares is escaping threw her dreams…and it ain’t Freddy Krueger! A decent, watchable horror movie. I wonder if Wes Craven got the idea from this film for “A nightmare on elm street”? (Hmm, it makes one wonder…) The acting is generally pretty good, with the exception of Kay (Sarah Kendall) who overacted terribly. I’ve always liked the director, J.S. Cardone, He’s capable of taking a generic plot and making it interesting and intelligent (See “Shadowzone” and “Alien Hunter”, both were smart and enjoyable sci-fi movies that he scripted himself.) and he does well here with the creepy atmosphere he delivers. There’s enough gore to satisfy, the pitchfork-threw-chest death scene being the best, but the gore is delivered just sparsely enough to make it effective. And the monster, once it finally shows up, looks really cool. I recommend “The Slayer” to horror fans, it’s kind of different then the rest of the early 80’s slashers, and one of the better ones at that.