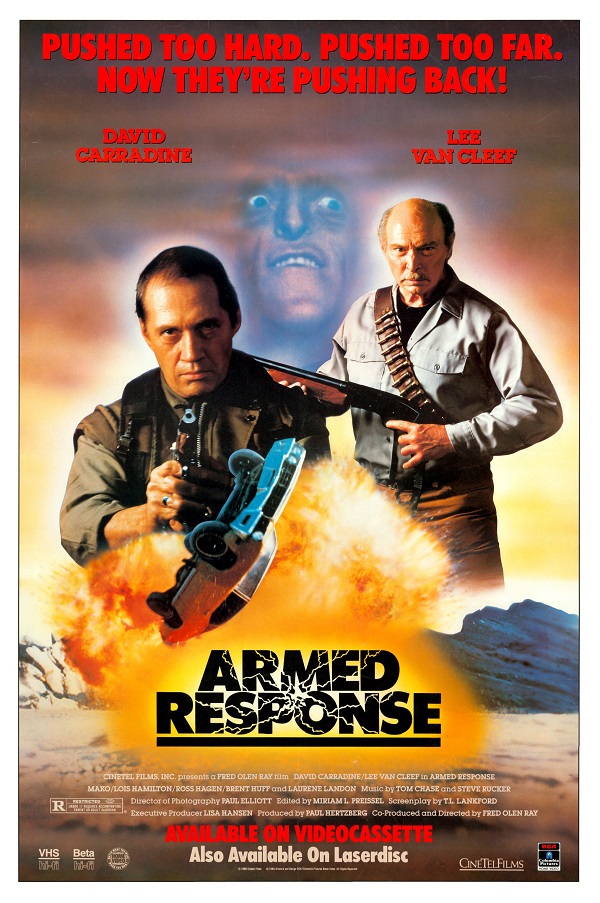 David Carradine and Lee Van Cleef star as father and son cops who join forces to avenge the murder of their sons/brothers at the hand of the triads who are after a priceless artifact that the hapless family has gotten their hands on. Brent Huff is the ill faded brother who keeps the family proud by being tortured and not caving in. Also is Lois Hamilton the wife of Carradine who also is kidnapped with her and Carradine’s daughter in this plot heavy but generally enjoyable guilty pleasure. I haven’t seen many movies from Fred Olen Ray but I figure this has to be one of his better features, this one is alone worth watching for the cast. Which include David Carradine, Lee Van Cleef, Mako(As the head mobster) and Michael”Hills Have Eyes” Berryman who are always fun to watch in anything. The movie is fairly predictable and Carradine is obviously a tad too old to jump in and kick ass but Armed Response gives of the unpretentious vibe that makes the response of of general acceptance from the audience.