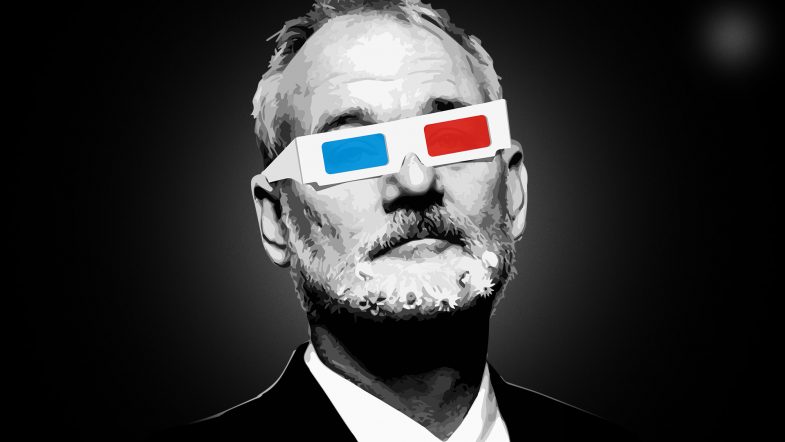 I was at lunch this week with my wife, and I noticed a long time theater owner and a man who I respect greatly sitting having lunch as well. After we had both finished eating I approached him and just started chatting about the state of the industry. I always respect what this professional says and he often offers a perspective that resides in both pragmatism and wisdom. What he told me is that while over the numbers are up in the exhibition, they were not translating into the secondary markets. Urban markets seemed to be having a good year, not so much for the rural markets.

This past election really showed the dichotomy between the urban and suburban markets and the rest of the country. There are strong lines of demarcation which when you think of it from a marketing perspective is really remarkable. What this professional had told me really got me to think if this country truly can be considered a singular market and can we as exhibitors accept having movies marketed in the same manner for all markets. I think the answer is no.

What is interesting is that the number coming out of VOD are not great and for smaller pictures only advertiser supported video on demand is doing well.

One of the concerns I have with Hollywood in general is that they are not really willing to work at distribution of a movie, they are not willing to grow and educate an audience anymore. The worst thing is that for some reason they have it in their heads that we all want to watch the same thing. That is not the case of course and all they manage to do is to significantly dilute the market and to lose moviegoers.

There is deep history of success and market definition in the motion picture history of this country. A history that shows us that there is a defined lucrative financial model for segmented motion picture distribution based on addressing distinct markets.

For example, there were over 1,000 theatres in America that screened black-audience films either exclusively or on a preferential basis. Movie directors like Oscar Micheaux turned out movie after movie for this marketplace. As foul as segregation was, the market reality was that uniquely Afro American cinema was a dynamic and rewarding market. Tyler Perry, was heralded as the first Afro American movie mogul, that is far from accurate, movie makers like William Foster and Hunter Haynes pre-dated Perry by seven decades. 1921 was a peak year for distribution within this integrated production, distribution and exhibition system. This system lasted until the mid-1950s. The Afro American movie ground to a halt for a number of reasons, primary of which was integration. The Afro American voice would not rise again until directors like Gordon Parks or Melvin Van Peebles placed their vision on camera.

Alongside the rise of an Afro American cinematic voice and paralleling it in many ways was the rise of the Yiddish movie. Some 130 full-length motion pictures and 30 short ones were produced during its heyday, between 1911 and 1940 globally. Most were lighthearted comedies or emotional family dramas. Between 1911 and 1913, approximately one-third of all Polish films were of Yiddish plays. The most widely distributed Yiddsih movie , however, was produced by the Mizrakh company in Odessa, and entitles Zhizn’ evreev v Palestine (The Life of Jews in Palestine) had its world premiere at the Eleventh Zionist Congress in Vienna before playing some 30 separate engagements throughout Europe and Russia. Yiddish cinema saw a rapid decline due to the Holocaust and the rise of the modern Hebrew language as a result of the formation of Israel in 1948.

In the 1970’s movie makers, like Roger Corman, Charles Pierce, and Earl Owensby primarily counted on revenues derived from what was know as the Southern Drive-in Circuit. This collection of at the time 600 drive-ins provided the basis for the financial viability of a lot of what we know as the B Movie industry today. Owensby for example made 90 percent of his money on this circuit, filling the large screen with epics such as Death Driver, Seabo and Dogs Of Hell. His movies primarily appealed to the Southern rural sensibility and the he grew a sustained audience. Charles Pierce raised his first budget from a trucking company in Little Rock Arkansas and went on to make Legend of Boggy Creek which went on the make a box office of $23 million.

The business leaders of the world seem to be rushing to change the world into one culture. Nowhere is this more evident that the Hollywood produced movie product. In an attempt to seduce the Chinese, Hollywood rapidly de-Americanized its product set and as a result began a speedy alienation with its audience. Now that is evident that its brief fling with the Peoples Republic of China was not a good idea, Hollywood is trying to re-define itself.

Trying to be everything to everybody is at its root a very bad idea. While process should be globalized cultural industries should not. Here are a couple of reasons why Hollywood has really fumbled the ball in it’s attempt to go global.

Less diversity of ideas. Different cultures are powerful experiments in seeing how else a society could work and provide examples to challenge existing norms and status quo. They provide inspiration for changes within any given culture
Less ability to escape one’s own culture if you don’t like it.
Blandness in uniformity. Most of us are fascinated to understand how a totally different system works.
There may be some aspect of “specialization” that comes out of having different cultures. So there could be a net economic loss from this factor in isolation.
There are dynamic and vibrant markets that are not being served in the motion picture economy of America. The mid term election showed that there are distinct demographics and as a result distinct demographics which are not being served, and that as an industry we are totally ignoring. We really should take a lesson from the past and look at providing secondary market theaters the product they need to grow and propose.

Diversity is good, so what if there are “red” movies and “blue” movies……the only thing I am really concerned about is if the tradition of moviegoing is recharged and becomes vital once again.