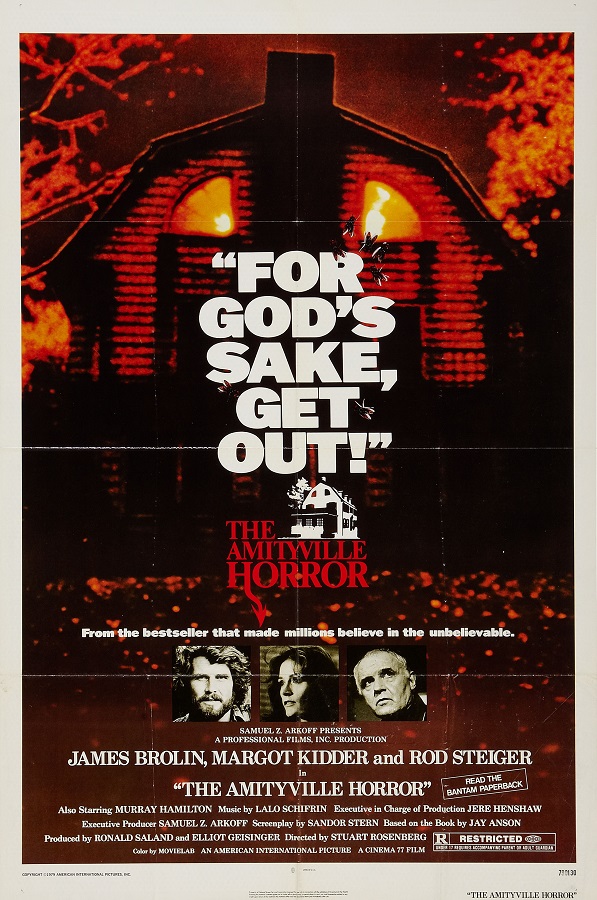 George and Kathy Lutz are looking for a place to anchor down and raise a family. The Lutz’s and their children (Kathy’s from a previous marriage) settle on an impossibly cheap, large and beautiful shore house. But 28 days later the macabre and scary happenings force them to leaveleaving all their earthly possession behind. During the course of those 28 days, the family goes through all kinds of hell a room full of flies, demonic voices and a pig with glowing red eyes. What kind of past does that house have that would make everything horribly wrong. Based on a true story.

Real or hoax, you decide but “The Amityville Horror” has all the trappings of an excellent haunted house story. Too bad that the filmmakers falter a bit with a lack of character development that also ends up stifling the actors in the film, that would have helped out immensely. A creepy music score (the one rejected for “The Exorcist”) and several good set-pieces help out but the end of the second act kind of gets stale. A good supernatural thriller.