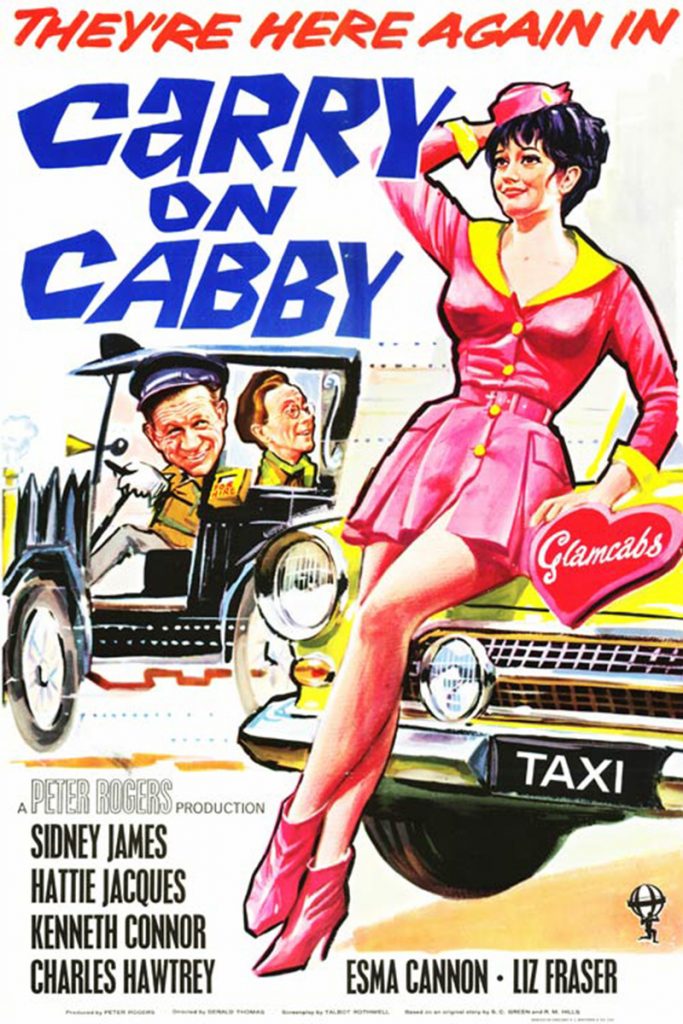 This is a wonderful early movie from the Carry.on series, it’s easy to see why for many this is seen as one of the best. It boasts a pretty good script, a classic tale of men against women. Zero smut, something that would become far more prevalent in later titles, instead it relies on a battle of the sexes story, wonderfully kooky characters and gentle whimsical laughs. Hattie Jacques was a firm favourite of mine throughout the years, and this is without a doubt her finest moment, she is glorious and plays beautifully off Sid James, they share some sweet moments too. Big laughs from the diminutive duo of Charles Hawtrey and ESMA Canon, Kenneth Conor’s female taxi driver is hilarious. I’d say this is quite a feel good film.