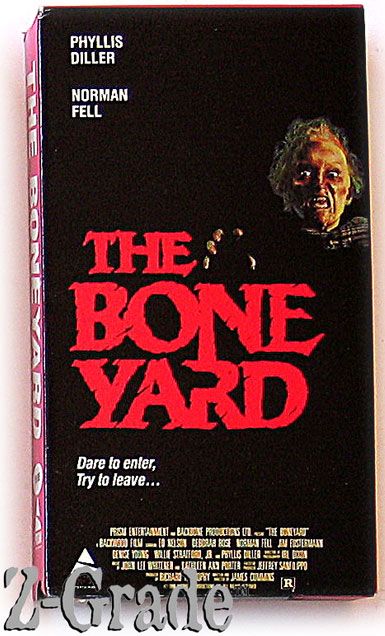 Detective Jersey Callum (Ed Nelson) and his dimwit partner Gordon (Jim Eustermann) coax troubled 300 lb. psychic Alley Oates (Deborah Rose) out of retirement when a series of unexplained homicides start adding up. Clues lead the trio to a mortuary one night where the dead bodies of three Asian children are resurrected into slime-spewing ghouls who trap the principal characters in the basement and go on a gory killing/possession spree.

After a slowwwww start (and a “huh?” flashback that is SUPPOSED to explain things), this really picks up and becomes a nifty little horror comedy with a good sense of humor, attempts at characterization and some surprisingly cool comic book-style FX (like a giant mutant poodle!). Good supporting roles for veteran character actors Nelson, Norman Fell (as a mortician with a ponytail) and Phyllis Diller (as the cranky night desk clerk who transforms into a creature that will make your eyes pop out of your head!). The director also scripted and did the FX for this fun feature.