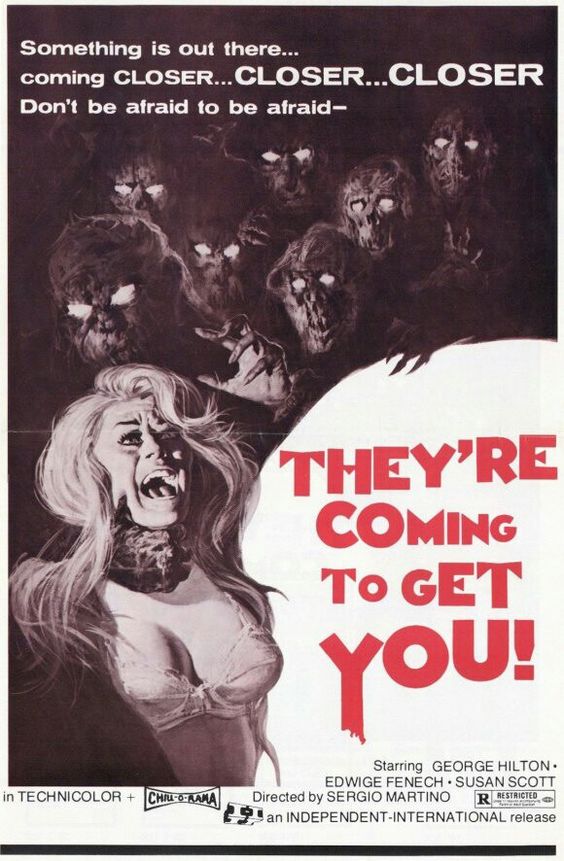 All The Colors of the Dark is a combination of a giallo, an occult horror and a Roman Polanski style claustrophobic apartment-based thriller. It’s possibly director Sergio Martino’s most ambitious film from a period when he produced a series of excellent pictures. Unlike Martino’s other gialli, this one is much more psychological in approach. It doesn’t have a series of murders or anything like that but instead focuses on the troubled world of its female protagonist played by cult actress Edwige Fenech. She is recovering from a car crash which claimed the life of her unborn baby, shortly after this she is menaced by a mysterious man and is introduced to a black magic group by an enigmatic neighbour. The story isn’t all that great to be perfectly honest it’s the style in which it’s presented that’s its strength. It’s consistently photographed in an interesting way, with unusual angles and good colour schemes. The disorienting camera angles do add to the overall theme of a psychologically troubled woman. The London settings are also used very well indeed – the apartment block and country manor are both very effectively shot. It would also be deeply remiss to not mention Bruno Nicolai’s soundtrack. It’s a really nice psychedelic piece that adds to the atmosphere very nicely, it comes into its own in the scenes of the cult indoctrinating Edwige Fenech’s character into their circle; this scene is one of the best that Martino ever directed, it’s pure 70’s psychedelic delirium. It’s only matched in this movie by the very creepy and bizarre opening dream sequence which includes things like a murdered pregnant woman and a hideous old crone dressed like a child’s doll.

The movie is immeasurably helped by the presence of Edwige Fenech. She looks like the definitive giallo heroine here, with her gorgeous mane of long black hair, porcelain skin and big eyes. She is certainly a welcome character to base the movie around and does play the vulnerable victim very well it has to be said. Her co-star, the always excellent Susan Scott, who plays her sister, is sadly underused but at least she’s there. The male stars don’t particularly shine but Ivan Rassimov has a fairly memorable role as the blue-eyed psycho. Overall, Sergio Martino produced another fine Italian thriller with this movie. I’m not convinced it’s his best necessarily, and perhaps it sometimes promises more than it actually delivers. Nevertheless, this one should most certainly please fans of this kind of thing.