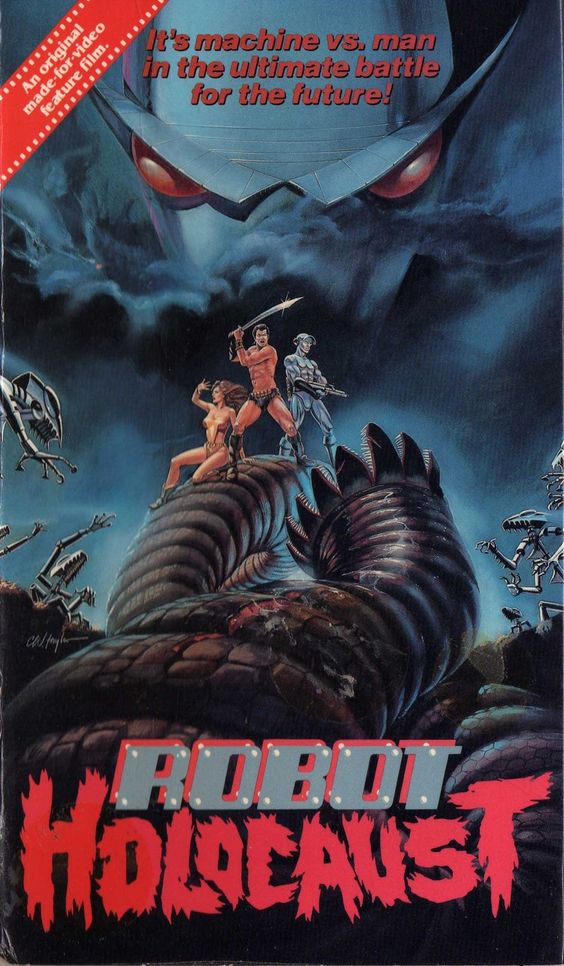 Angelika Jager, eh? What a woman! Alas, the sad fact is young Angelika is the only reason this film is worth even half-watching – and even then only if you’re a heterosexual male – because everything else about this film is total trash.

Angelika plays Valaria, the sidekick of the Dark One, a deep disembodied voice who issues veiled – and not so veiled – threats to his lovely assistant as the cartoon power station in which he resides is visited by a young hero called Neo who is – well, to be honest I can’t quite recall why he’s there. Wants to free humankind from the Dark One’s tyrannical grip, I think; something like that, anyway. The fact is, the rank amateurishness of all aspects of this film quickly had me sinking into a kind of stupor, from which I would only emerge when the lovely Angelika was on screen.

Now I can’t claim that the lovely Angelika is exactly an actress of quality – in fact the truth is she could easily be out-acted by a toothpick – but she possesses the kind of luminous beauty that makes such matters irrelevant. Anyway, it would be impossible to possess such beauty and acting talent – it just wouldn’t be fair. Angelika has a sulky, sensuous mouth and a sexy French accent identical to Valerie Kaprisky’s in Jim McBride’s 1983 remake of Breathless and, although she can’t act for toffee, there’s something Bergmanesque (Ingrid, not Ingmar) about her that is quite enchanting.

Not that her lack of acting talent singles her out for criticism in this cast of nobodies. Everybody looks as if they’re envisaging in their mind the words as they appeared in their script, and very carefully repeating each one, completely forgetting to add any kind of emotion into their lines. The guy who plays the heroine’s father has only one expression throughout, regardless of whether he’s watching two gladiators scrapping, describing his boffo invention, facing the terror of coming face to face with The Dark One, or being slowly absorbed by the aforementioned Dark One – who actually looks like a slimy green egg – so that only his living head remains. That expression is one of expressionless boredom – an image that will probably be mirrored by anyone who sits through this rubbish.

0 46
Donna Douglas, aka Elly May Clampett, passes away at age 81